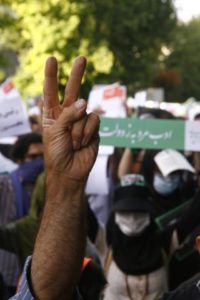 Editor: A day after Iran’s government banned all independent reporting on the public protest against its election results, Iranian citizens filled the role of the media. Armed with digital cameras, mobile phones and email, Iranian protesters are documenting their struggle and breaking through the media blackout by using tools like Twitter, Facebook, YouTube and Flickr. […] 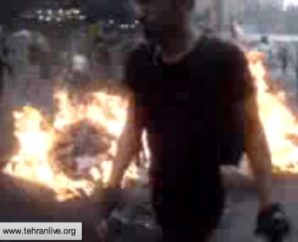 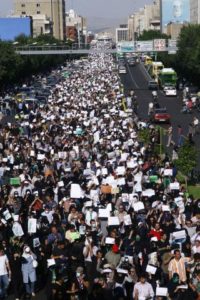 TEHRAN — Iranian protesters contesting the 2009 presidental election results, had a “silent demonstration” on the 5th day of protests. They moved from 7tir square to Enqelab square. The protesters want to revoke the elections.