Manchester United is likely to win doublethis season. They have almost won the Premiership except for remote mathematical possibilties.  They are also hot favourites for Champions League. Manchester United made an excellent comeback this season after making a low key start of the season. The Gunners who lead from start, lost […] 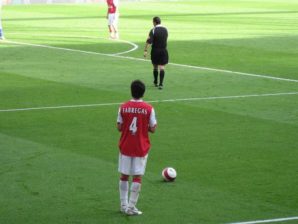 Cesc Fabregas, Arsenal midfielder, has claimed that the Gunners are good enough to win this season’s Champions League and Premier League following their win over AC Milan; A somewhat premature and overconfident statement from Fabregas.  Just an entry to quarterfinals in Champions League doesn’t assure or promise anything.  Indeed it was  really great that Arsenal won 2-0 to […] 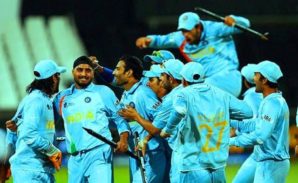 The Australian cricket team has been asking for getting thrashed in the field since a long time. They have been extremely overconfident and filled with superiority complex. Their words and deeds on and off the field reflected it. Every cricket fan in the world but for the Australians, will want to see them thrashed and […] 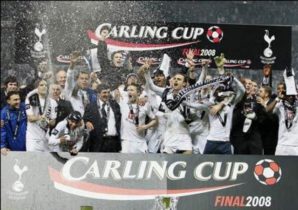 Carling Cup final was indeed a tragedy for Chelsea, more so for Avram Grant. Chelsea lost to Tottenham Spurs 2-1. Spurs had all Gods lined up for their team showering with luck both in front of the goal and with the decisions. For a change Chelsea had no luck riding with them. No, I am […]

Overconfident Pakistan made a lousy start in the Twenty-20 match against Scotland. Their  batsmen were marching to Pavillion one after the other. Batting first they failed to make use of the Powerplay. They also conceded a maiden in the second over of the game. Imran Nazir was back in pavillion in 3rd over, while trying […]

Indian captain Rahul Dravid has denied the reports of retirement of Sachin from One-day cricket. Sachin’s family has also denied the reports.   It is now reported that Sachin has approached the Board to allow him to play for only selected ODIs after the series against Australia and Pakistan.   There were unconfirmed reports that Sachin Tendulkar […]