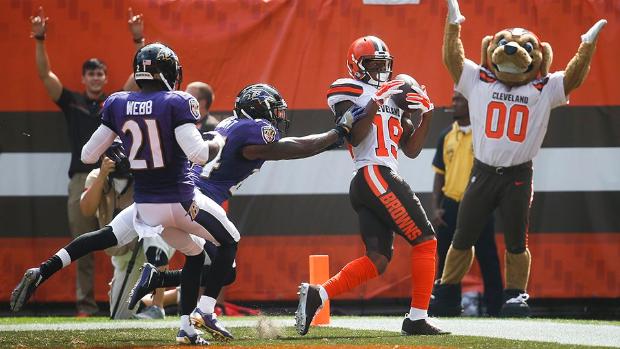 The NFL’s ratings are down, way down, compared to recent years. In former years, seeing the NFL lose viewership seemed unimaginable. But now, halfway through the 2016-17 season it’s clear that this is our reality. Amidst player protests, an unquenchable desire from the league to ‘straighten out’ the game, and what can only be described as lackluster matchups, the NFL’s rating have begun to plummet. While there are an abundance of critics looking to debate as to which one of the aforementioned reasons is the principal motor of this phenomenon, one reason debunks the others. People are simply tuning out of the NFL because the games are not indulging, competitive, or entertaining. With the NFL consistently delivering bland football, fans have no other choice but to simply tune out.

Take Week 10’s Thursday Night Football matchup. The scheduled game is a divisional rivalry, with two AFC North opponents battling it out to the death. At least, that’s how the NFL will market the game, and that’s what it was intended to be. But the truth of the matter is that this game will be no more riveting than the handful of Thursday night contests we’ve witnessed this year. And that’s including the Patriots blowing out the Texans 27-0 in Week 3, and the Bengals doing the same to the Dolphins the following week. In Week 10, the Baltimore Ravens and the Cleveland Browns will be taking to the gridiron to provide this week’s enthralling Thursday Night Football. Only problem is that it probably won’t be all that intriguing, and will probably turn out to be just another blowout.

But don’t take my word for it; the blowout prediction is according to BetNow.eu, who have the Ravens listed as a 10-point favorite. But such a prediction shouldn’t be hard to swallow. After all, the Browns have yet to win a single game this season. Putting aside Cleveland’s unending struggles at the quarterback position, the Browns have unresolved issues on the defensive side of the ball. Heading into Thursday’s game, the Browns will yield the 31st worst run defense as well as the 31st worst total defense. Their passing defense is slightly better and comes in as the 23rd worst in the NFL, but that subtle difference won’t be nearly enough to upend the Flacco-led Ravens. The Ravens aren’t an unstoppable force on offense, but they don’t need to be. With the Browns giving up the 31st most amount of points in the NFL, it’s very likely that Baltimore will be able to run up the scoreboard. Unfortunately for Cleveland, they will not be doing the same.

The Browns don’t have an elite offense (how could they if they’re switching quarterbacks week in and week out), but this Thursday it won’t really matter. As things stand now the Ravens are giving up the 9th fewest points per contest. They also have the 7th best pass defense in the league, the 2nd best rushing defense in the NFL, and the 2nd best total defense. The differences between the Ravens and the Browns are innumerable, but defense might be where they differ the most. With such a noticeable difference between these two clubs, this AFC North rivalry will deliver another dull, emotionless, Thursday Night Football betting contest.