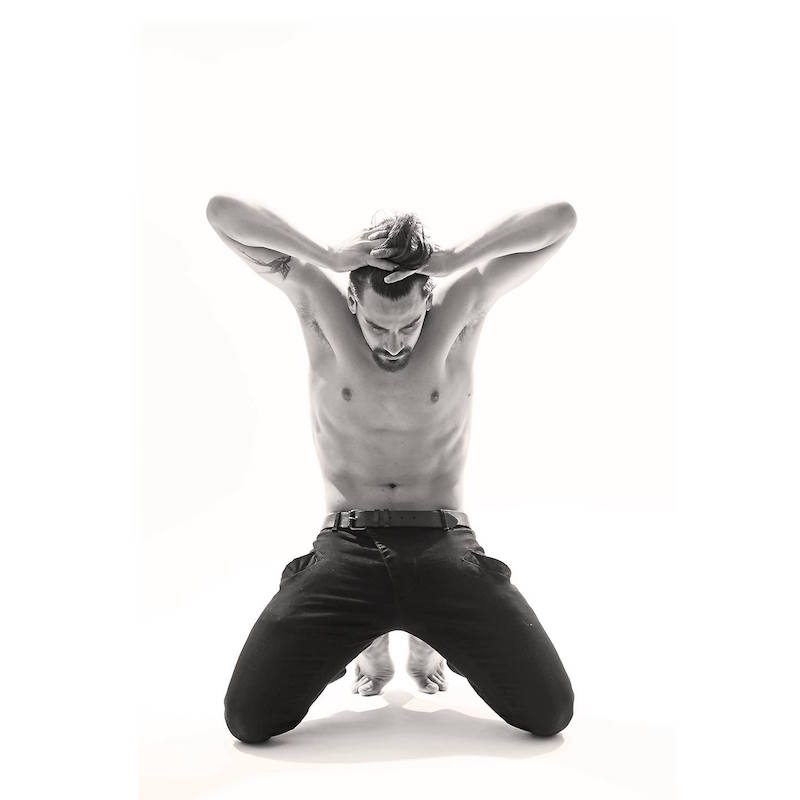 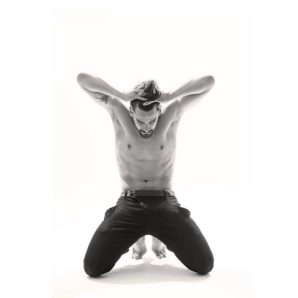 Dancer Justin Lopes feels fortunate to do what he loves as a career. | Photo by Greg Tjepkema

Pursuing dance as a career is rife with physical and mental challenges. Sometimes a dancer’s biggest obstacle is his own self-criticism and doubt– the little voices that tell him his dreams are out of reach. It’s just one reason why so many dancers and why so many people, for that matter, walk away from success before they even really begin.

“How many people can say they are doing what they truly love and have a passion for as their career?” asks dancer, Justin Lopes.

It’s a rhetorical question but one that drives extraordinary young dance artists like Lopes to great heights as they conclude in answer that settling for anything less in their lives or life’s work just isn’t an option.

Lopes began dancing recreationally at age eight in his small hometown in Canada before eventually moving to the city of Toronto to pursue his professional dance career.

“My mother wanted me to try it out,” he remembers. “Growing up, she noticed I was always dancing. I really enjoyed music and couldn’t sit still so she thought it would be a good outlet for me.”

His mother was right and Lopes soon demonstrated that he was driven to excel, switching after a few years to a new competitive school and jumping from taking just one class per week to taking as many as ten. He invested his time in learning every dance style available– jazz, ballet, musical theatre, hip-hop, tap, lyrical and acrobatics– to develop greater versatility, a valuable asset in the dance world and a trait that Lopes continues to sharpen.

“I pride myself on being a very versatile dancer,” says Lopes. “It helps my movement grow and become more powerful every day.”

Following a year off in his teen years, Lopes returned to dance with a new appreciation for how much he loved and wanted to pursue dance professionally, which he did with laser-focus over the years to follow.

“I started taking classes from world-renowned choreographers like Brian Friedman and Gil Duldulao,” says Lopes. “It was during this time I became driven and inspired to try and make this my career.”

Lopes often reflects on his blossoming work in the dance industry and reminds himself just how far he’s come.

“I graduated from high school and went on to pursue what I really loved in life, which is dance and the arts,” Lopes muses. “I did it, I’m still doing it, and I’m going to continue to do it for as long as I can.”

Having the grit to persevere in the difficult but rewarding field of dance is something Lopes no doubt learned at home. His father, who was born and raised in Portugal, came to Canada at 18 years old to make a better life for himself. He labors as a builder every day, even as he approaches age 50.

“My entire life I watched him get up at 5:30 AM and not get home until 7:30 most nights. Working construction isn’t an easy job, and to see how hard he’s worked has got to be the most inspirational thing to me.”

While determination is a must for dancers like Lopes, talent, versatility, and strong technique are also essentials on the path to success. Fortunately, Lopes has these in spades as well, developing his abilities over numerous high-profile projects, including hit television series, “The Next Step,” for which he was assistant choreographer, as well as The Next Step app and “The Next Step Live” stage tour.

Lopes has also appeared on the MuchMusic Video Awards show, Canadian reality show, YTV’s “The Next Star” and can be seen in Disney’s  “Harriet the Spy:  Blog Wars.” He has featured in several projects by choreographer, Blake McGrath (So You Think You Can Dance, DanceLife), including McGrath’s cross-Canada “Stage Fright” tour, and Lopes has worked with some of the industry’s hottest choreographers including Luther Brown (So You Think You Can Dance), Paul Becker (The Descendants, Twilight), and Travis Wall and Teddy Forance (All The Right Moves). 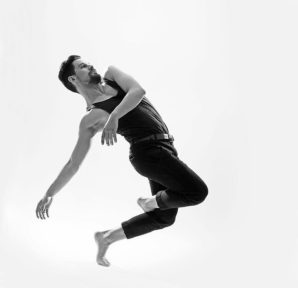 Most recently, Lopes was cast with heavy-hitters, Laverne Cox, Adam Lambert, Ben Vereen, and Tim Curry to appear in FOX television network’s highly-anticipated recreation of “The Rocky Horror Picture Show” which airs in October 2016. It was Lopes’ ability to act and transform himself through movement that landed him a spot as a dancer in the production.

“[Lopes] so completely immersed himself in his character that when we saw him at the audition it was a no-brainer,” recalls Jeffrey Mortensen, the assistant choreographer for Rocky Horror.

Lopes was also recognized early-on for his ability to learn and adapt quickly, which is crucial to working in a major commercial project like Rocky Horror.

“The thing with most dance jobs is that choreography changes all the time, even over the course of one day. It evolves as new ideas evolve, it evolves as the story evolves, and it also evolves simply because of who we have in the room,” explains Mortensen. “To be prepared and open for these changes is a skill that every working dancer needs to hone. Justin is a pro, so I knew he would adapt and succeed in implementing all the versions of Time Warp choreography that we had.”

Throughout the two months spent in production, Lopes worked one-on-one with legendary director, Kenny Ortega (Dirty Dancing, This Is It, High School Musical), who is a dance-maker himself, and dancing choreography from the imagination of Tony Testa, who has choreographed for music giants Janet Jackson, Kylie Minogue, Britney Spears, and more. Lopes’ talents made an impression on the team.

“Justin is a fantastic technician,” says Mortensen. “He has a great eye for detail and really pays attention to the focus and purpose of a number.”

Lopes takes from each of his experiences lessons that shape the kind of person he would like to be. On Rocky Horror, for example, he is quick to point out that Ortega treated everyone in the cast and crew as equals regardless of his status. It is a quality that earns not only Lopes’ utmost respect but that he reflects in his own life. Despite his accomplishments, Lopes still considers himself a student and in the near future is looking forward most to continuing to build and broaden his dance vocabulary, meet new people, and find more opportunities for personal evolution.

“Growing as a person is a big part of growth as a dancer. Life experiences allow you to grow internally,” reflects Lopes. “I hope to never stop growing and learning as I pursue my dance career.”

Continued evidence that, for Lopes, true success in life is simply doing what he loves most.

Filed under: Dance, Lifestyle
Share Tweet Pin G Plus Email
previous article: Still Waiting for a Precious Metals “Correction”? Get Off the Dime and Buy Some Silver Ones…
next article: Eight Highly Sought after Features of the Leading Caregivers