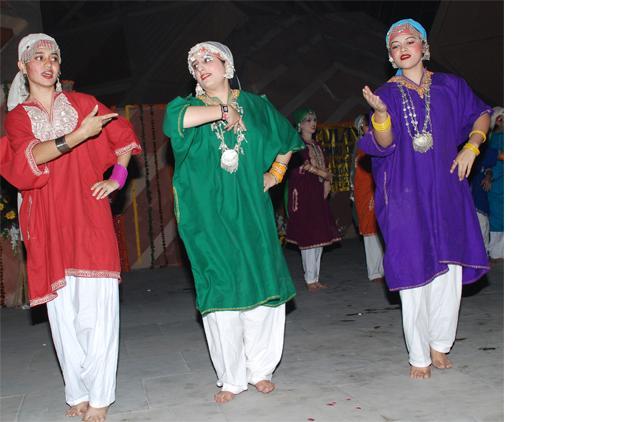 Doda (J&K), May, 19 -Doda is emerging as a further centre of  Kashmiri literature in the State after Valley  and writers and artists  of the area have contributed most valuable works to Kashmiri Language and Culture since early decades of twentieth century  , said Zaffar Iqbal Manhas ,Secretary Jammu and Kashmir Academy of Art, Culture and Languages while interacting with prominent artists, Poets and intellectuals of the area on the concluding day of Two day long State Cultural  Festival 2009 entitled Dhanak-IV.

Zaffar said that the . has devised a time bond plan to develop all the languages of the State. He said our main thrust will be on the development of Art, Culture and Languages of the remotest  areas of which are producing  original forms of languages and where folk-lore is still surviving in all odds. He further told that empowering of Doda Office and strengthening  of Badherwa Office of Academy will be our first priorty which will lead us  towards preservation of untouched ethos of the state.

Earlier a Mega show highlighting different colours of diversed cultural heritage of was held on second and concluding day of State Cultural Festival Dhanak. The programme was especially designed and presented by of art, Culture and Languages in collaboration with Sangeet Natak Akademi, . More than 250 prominent Artists of the State were participated in this Cultural Exuberance.

This was the fourth phase of the Progamme held here. Prior to this event the same type of State Cultural Festivals were organized by Academy with the help of  SNA at Leh, and Poonch during preceding months. The fifth  phase of this cultural extravaganza would be held at in coming month.

The main attraction of today’s programme was local Folk-Songs of Bhaderwahi, Sraji, Pogli languages of the area. The locally popular dances items Kudd and Jagrna also spellbound  the audience on the occasion.

Kashmiri Hafiz Nagma, Rouf, Dhamali, Chakkri and Sofiyana items were also appreciated by the audience, These items were being presented by renowned artistes of .

The Dogri  dances Chhajha, Chattani were also attracted crowds. The Gojri Songs and Dances were an other attractions of the festival. During this festival 15 Pahari artists also performed.

The programme was held at Dak Banglow and was attended by thousands of spectators including high officials of State and District Administration, Police, CRPF and Army

The programme was held to commemorate the 150 Adversary of first war of ’s .

Read the article – Rebirth Of A Temple, A Lake on Scoop News