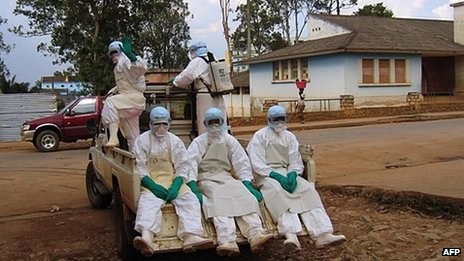 “Over the past few days, the deadly hemorrhagic fever has quickly spread from the communities of Macenta, Gueckedou, and Kissidougou to the capital Conakry” read statement from UNICEF.

The deadly strains of ebola viruses have spread across Guinea to its capital, Conakry, creating an epidemic that threatens to severely challenge its already weak medical system. The Ebola virus disease (EVD), also known as the Ebola hemorrhagic fever, is a viral hemorrhagic fever that has a case-fatality rate of up to 90%. There is no known treatment for this disease. Furthermore, it is highly transmissible as the virus can be transmitted through blood, feces, sweat, sexual contact or unprotected handling of contaminated corpses. In Guinea, residents have even been banned from burying their dead if they had shown any symptoms of EVD. This deadly combination of no treatment but high transmissibility has had deadly results: 59 of the 80 reported cases of EVD in Guinea have died.

The severity of this new epidemic has spurred organizations and medical personnel to focus on preventing its spread because of the lack of treatment. The organization, Doctors Without Borders, has sent in 33 tons of medicines and equipment and has focused on setting up isolation units in the 3 towns most severely affected in Guinea. The organization, UNICEF, has followed similar actions by sending in 5 tons of aid, mainly medical supplies, to Guinea’s most severely affected south. According to Dr. Esther Sterk, Doctors Without Borders’ tropical medicine adviser, “these structures are essential to prevent the spread of the disease, which is highly contagious.”

These preventative measures are necessary as there is a great likelihood of its spread in Guinea’s neighboring countries of Sierra Leone, Liberia, Guinea Bissau and Mali. Of these, Sierra Leone is most at risk because the EVD outbreak occurred in South-Western Guinea on which Sierra Leone borders. It lacks the infrastructure and resources to combat any disease outbreak. EVD’s spread to Sierra Leone is of great concern because it borders on Liberia and due to the great amount of business conducted between these countries, there is a high potential rate of transmission and a potential international spread.

Despite the quick response needed, response and care efforts are severely hindered. This is because health workers, the major players in preventing the spread of EDV, are most prone to the disease due to their frequent contact and proximity to patients. This is problematic especially in a country already experiencing a shortage of medical personnel. So far, at least eight health workers who have been in contact with infected patients have died.

Some even fear that the ebola virus may be used as a biological weapon. The virus multiplies quickly and overwhelms the immune system’s ability to resist the infection causing it to be one of the world’s most virulent diseases. It is classified as a biosafety level A agent and Category A bioterrorism agent.