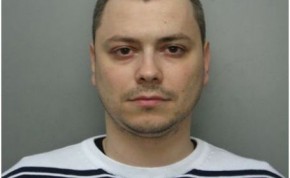 FBI is seeking for the leader of an international organized crime syndicate that ran a multi-million-dollar cyber fraud scheme.

Rewards are being offered for information leading to the arrest and/or conviction of Romanian fugitive Nicolae Popescu, the leader of an international organized crime syndicate that ran a multi-million-dollar cyber fraud scheme, and Dumitru Daniel Bosogioiu, another Romanian fugitive charged with participating in the scheme.

The defendants are charged with participating in a long-term conspiracy to saturate Internet marketplace websites, including eBay, Cars.com, AutoTrader.com, and CycleTrader.com, with detailed advertisements for cars, motorcycles, boats, and other high-value items – generally priced in the $10,000 to $45,000 range – that did not actually exist.

Up to $1 million is being offered for information on Popescu and up to $750,000 for information on Bosogioiu. Interpol has previously issued Red Notices to foreign law enforcement partners seeking assistance in the apprehension of these fugitives, and the FBI has also released wanted posters to facilitate their arrests. Today, the FBI also announced the addition of Nicolae Popescu to the FBI’s Most Wanted Cyber Fugitive List.

Filed under: News, US
Share Tweet Pin G Plus Email
previous article: How to stay alive during an active shooter incident!
next article: Life in a Coal Camp Taught Lessons