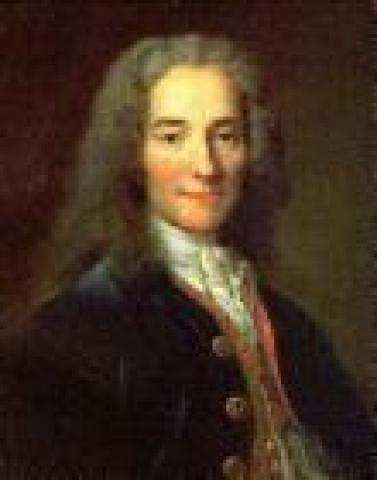 The reappearance of Taslima Nasreen in the news – She has apparently been told to stay out of sight – underscores the need to define the definition and limits of freedom of expression in a society circumscribed more by technology rather than geography. Taslima is no writer of great literary merit in the opinion of most critics but in spite of expressing the most outrageous opinions, her troubled situation becomes a human rights issue. Outlook magazine has commented that of the six literary awards she has won, four are for human rights and not for literary merit and her dissenting voice is more the shrill, attention seeking voice rather than one without any thing substantive to say.

It is not that there have been no dissenters before and no iconoclasts before. Remember Voltaire. His comments in the eighteenth century in relation to the church were as violent and volatile as Taslima’s comments today. Probably more, for Voltaire was a renowned intellectual. He along with his contemporary Rousseau provided the ideological base for the French revolution. Although Voltaire earned notoriety more for his stance on the dominant Catholic Christianity – he scoffed at such foundational Christian beliefs like the Trinity or the Incarnation. But he was eclectic in his disdain for faith of any kind – he wrote a play about the founder of Islam “LE FANATISME, OU MAHOMET LE PROPHÈTE” IN 1741 which portrayed him as a man of intriguer and greedy for power. He had a lot to say about the Jews too.

Voltaire and others who wrote and believed thus did have their enemies but their thought and writing and therefore their influence never crossed a certain geographical boundary and therefore the social ferment that their opinions could cause remained restricted; in this instance to Europe. Voltaire’s volatile writings never got amplified beyond Europe and so they never even made ripples beyond a certain piece of Europe. Voltaire was a firm votary of the freedom of speech and expression and he had no shortage of enemies in his time. After he died, the church refused him a church burial because of his disavowal of basic Christian beliefs and even after his eventual burial, religious extremists opened up his grave and dumped his remains in a garage.

This tangent on Voltaire was only to make one point – that people with disruptive and iconoclastic views have always been around and sometimes they had influence within their frontiers, but their views remained contained and their influence remained restricted. The opinions they had and the reasoning they presented for their beliefs was disseminated at a measured pace and allowed for a reasoned rebuttal.

Today all that has changed. Anyone can jump online with their opinions and half backed creativity and have their thoughts amplified many times over in the space of a short spell of time. Before one has had time to collect one’s thoughts, a controversy has erupted disrupting the lives and livelihoods of innumerable people disconnected from the writer’s utterances. I have been caught at least once on many of the road blocks in Kolkata when Muslims clogged the cities arterial roads and can honestly say that it did not really appear that many of the people involved in the road block had read any thing by Taslima and possibly any work by any writer.

In this technological age, where rabble rousers can amplify and distort thoughts and expressions within hours and create trouble, the whole concept and understanding of how “Freedom of Expression”  should be expressed needs to be thought through afresh even though it will probably make most liberals cringe