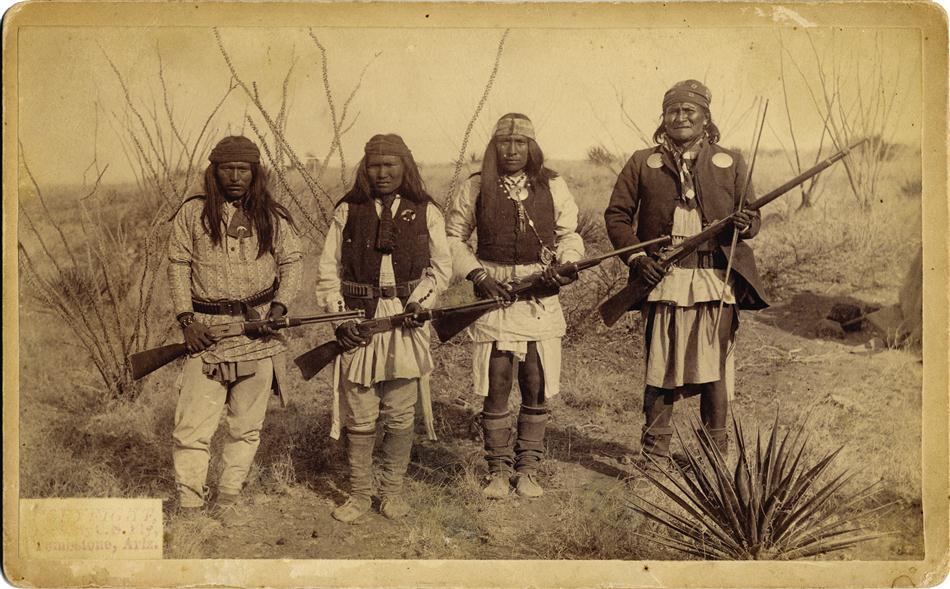 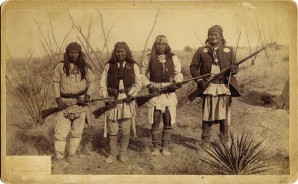 Geronimo is an enigmatic and tragic figure in American history. A legend some say, both hated and feared. The last Indian hold out in America to formally surrender to the white man. some say he had a mystical vision that gave him power on the battlefield.

“Power is everywhere. It lives in everything. It might be known through a word or come in the shape of an animal. We all have power but some tap into different rooms. Power speaks to those who listen. The greatest thing a person can have in Apache belief is power!” Apache Medicine Man 1889

Geronimo is an enigmatic and tragic figure in American history. A legend some say, both hated and feared. The last Indian hold out in America to formally surrender (3 times).

Geronimo was a great Apache military leader, who was never by the way a chief of his people – because he lacked those specific qualities of compassion and discernment to do what is right under most circumstances, like Cochise and others. So in this respect he was what he was. He is certainly the most remembered Indian in America, certainly the most feared at the time. It was said his name alone that often struck absolute terror into the hearts of the white man.

But from whence did he derive his “Power”?

Power is a fundamental belief of the Apache people.

It’s been this way for centuries, long before the white man invaded America, “power” was a fundamental concept upon which Apache mysticism and magic were built.

Geronimo got his in a supernatural “vision” not long after the murder of his wife, mother, children by the hands of the Mexicans.

A pivotal moment not only in his life and the lives of the Apache nation at the time, a collection of different tribes and bands that shared a common linage and culture in Arizona, and Mexico.

It was said that after the murder of Geronimo’s family everything changed for him.

We talked with an Apache elder, by the name of “many waters” over the internet about Geronimo, and received the story of how it all began.

A story pass down throughout the generations, by word of mouth unto his living descendants today.

The story told of Geronimo by his grandfathers to their grandchildren, and from their grandchildren. These stories of course are much more than just stories, and are living traditions pass down by the Apache as a way to transmit a remnant of culture that today is all but dead and forgotten.

After Geronimo mourned the death of his family in the traditional way of cutting his hair short ( a symbol of mourning) and burning those personal belongings of the people who are dead, he is said to have ventured off into the desert. There alone in the starkness of his desert surrounding he held his head in his hands and wept bitterly. Suddenly a audible voice spoke to him saying “No gun will ever kill you. I will stop the bullets of the Mexicans and guide your arrows.”

Geronimo later said he had been given what the Apache people call “Power”.

According to “many waters” Geronimo had “Ndaa K’ehgodih” – a prayer power that worked on the midst of his enemies to make their bullets miss their intended targets and turn into water.

The Apache elders say he had this power living inside him and it helped him survive on the battlefield, and allowed him to commune directly with spirits of the animals of the desert.

Soon after this “voice” spoke to him Geronimo put this power into action. He asked for and got permission to exact revenge on the Mexican soldiers who killed his family.

With a force of some 200 men he lured the Mexican soldiers into battle. With Geronimo leading the way in a hurl of bullets he is said to have weaved and dodged the bullets killing with his knife the soldiers he came into contact with, when the arrows ran out. Seeing him run in zig zag patterns and yelling like a man possessed by “diablo” the Mexican soldiers were scared to death, many ran are said to have dropped their weapons and ran away. They had never seen a guy like this before – they nicknamed him the “devourer of men”. ANd it cemented his reputation in that part of the world.

The story is important because it gives us insight into what made the man do what he did.

It also provided him, in many ways with the strength to continue to fight when everyone else had given up.

It allowed him, for example to run into battle rather than run away from it. And it was based on Apache mysticism and magic tracing back ten of thousands of years.

Even today the ways of the Apache are lost to us. Only remembered know by a handful of Apache elders. Many of whom are old and dying off.

It’s hard to know if these tales will survive. We record this legend for posterity sake, so people can perhaps remember what may in a few more years be forgotten completely.

We thank the Apache medicine man who took the time to dialogue with us today. We also apologize to the Apache people for the wrongs done to them in the name of civilizing the tribes and destroying their cultural traditions and way of life.

A culture that has completely been obliterated and destroyed through an act of genocide really.

No amount of apologies are sufficient, but after a wrong – but  it is all we got.

The Apache of Arizona are a proud and noble people, whose culture expression and uniqueness will never appear again in history- because it died with Geronimo.

See related article: Learning the ways of the Apache https://groundreport.com/learning-the-ways-of-the-apache/

Filed under: Celebrity, Lifestyle
Share Tweet Pin G Plus Email
previous article: Learning the ways of the Apache
next article: “President Karzai continues to thumb his nose in the eyes of the American taxpayer”, says Rep. Jones