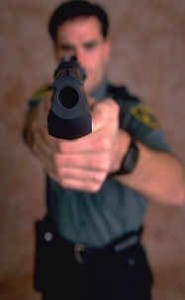 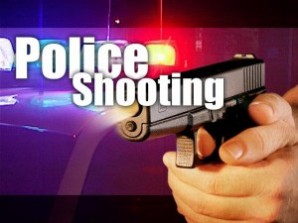 How to avoid getting shot by the cops!

The following is considered best practices when confronted by an armed police officer that approaches you with a weapon drawn:

1) Avoid the urge or instinct to run.

Running from the cops only arouses suspicion and greatly increases the chance of a “fatal misunderstanding.” If you are innocent, you have nothing to gain by fleeing. Doing so is considered “resisting arrest” and may cause the officer to fire at you, although It is illegal in the United States for a police officer to use fatal force against a fleeing suspect unless the officer believes the suspect is armed and poses an immediate threat to the officer or the community – don’t take the chance! Remember, however, that even if you are guilty of a crime, fleeing will only make things worse.

2) Avoid any and all sudden moves.

When confronted by police, stop and remain absolutely still. Ask permission before you reach for your wallet or identification. At this point, any movement you make that is unexpected is one step closer to getting shot or killed by the police, especially those movements you make with your hands.

That typically includes putting your hands on the back of your head, with your fingers interlocked and  walking backwards toward the sound of their voice, or lying down on the ground. Obey their orders, but do it at a slow enough pace that you don’t alarm them into making what could be a fatal mistake. t’s good to tell him what you are doing, even if it seems obvious. Many police are not trained properly and routinely make mistakes when drawing weapons on people or arresting them.

4) Remain silent. Don’t engage with police in a conversation at that point or try to justify why you shouldn’t be arrested or treated in such a manner. They will only take offense by your actions in this regard. Remember the goal is not to piss them off or make them nervous enough to accidentally shoot you.

5) Let yourself be handcuffed – this is for your safety as well as the officer. Its also harder to explain why they shot you when your were cuffed.

Filed under: Crime, News
Share Tweet Pin G Plus Email
previous article: Phoenix Police urged to consider Smart Gun technology after cop was shot with his own weapon
next article: Congress firm atleast in one state