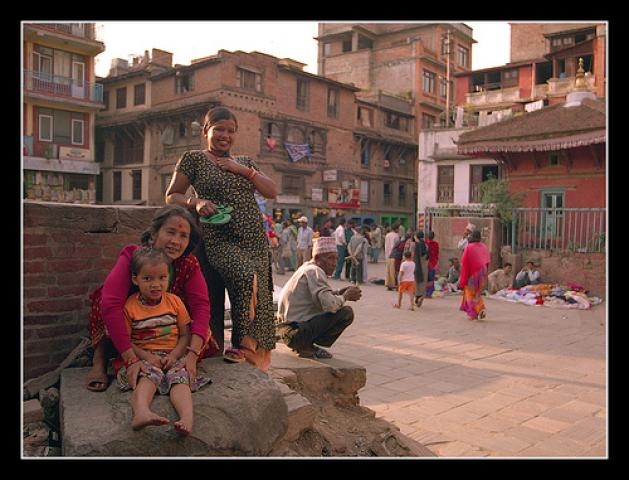 The humanitarian crisis is deepening in Nepal, fueled by skyrocketing market prices. Most working Nepalis earn about one dollar a day, not enough to fulfill their essential needs of food, shelter and clothing. Due to high levels of poverty, quality education in rural parts of the country remains a luxury. The countr has become divided into the haves and the have-nots.

Even in the Kathmandu ‘metropolis’, most of the workers earn about a dollar through their day-long work, usually involving more than the ILO-defined working hours. Most of the workers with such a low-grade wage are compelled to live on insufficient food. They have to live in groups for being able to pay their house rents. Not only children but also adults have to suffer from malnutrition due to their low income generation. However, employers have enjoyed a high margin out the workers’ labor. As the government has not had a clear labor policy that encourages the wellbeing of workers, the atmosphere of excessive labor exploitation has not been replaced with a pro-worker one.

Most of the ordinary masses are usually seen on the queue for drinking water. Most of the vehicles belonging to middle class people are equally seen on queue in roads for filling up their oil tanks. Even ambulances are not easily available for poor patients due to oil scarcity. Medical services are unaffordable for the majority. Thus, humanitarian crisis is deepening. No state policies to address such humanitarian issues have come to people’s knowledge yet.

Prices of food and beverage items and other basic needs are already torturous for the working class people. Amidst dire poverty, billionaires have demanded for exorbitant price hikes in this transition period. Representing the Federation of Nepalese Chamber of Commerce and Industries (FNCCI), business tycoons have met the Minister for Industry, Commerce and Supplies Shyam Sundar Gupta and demanded for considerable market price hikes. These businessmen usually threaten the state that they will rather close down their businesses than think of determining a reasonable standard of remuneration to their workers when they demand for a raise in their labor return.

The Nepalis are very much worried with the news that the market prices are soon going to go up. “I have no idea how we will survive with little income if prices go up again,” said a Leela Bhujel, a woman selling potatoes, onions and garlic on a cart in Lalitpur. Lakshu Dhungel, who says he is from a remote district Ramecchap complains that when he ask a few more rupees for the load he carries as a porter, the job-giver never listens to his problem. So he says, “I think democracy is for the bigwigs only.” But he hopefully adds, “I hear New Nepal is coming. I’m waiting for it.”

More learned persons usually stress on the development of controlling mechanisms to control corruption and to prevent the misuse of resources for making development outcome available to ordinary people.

There are many tremendous challenges before the leaderships getting prepared for implementing the concept of New Nepal after the recent constituent assembly decision to implement republic and federalism in the Himalayan country.