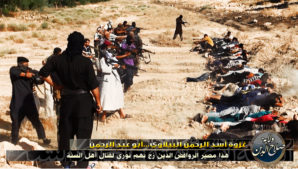 ISIL fighters belonging to the Salahaddin Division in Iraq get ready to commit mass murder (for television) of captured Iraqi army members.