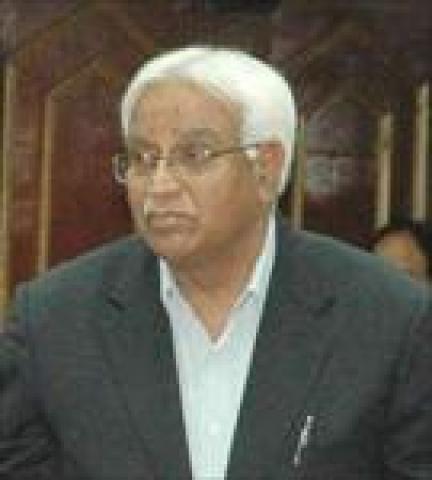 MLC and former chief secretary, Vijay Bakaya lauded state
government for completing Jagti Township meant for Kashmiri Pandit migrants in
record time. Speaking in favor of Governor’s address in Legislative Council,
Bakaya termed it first step towards rehabilitation and expected much more to be
done in this regard as a lot has been done already, he said and added that
those KP aspirants who recently joined government jobs in valley were received
with open arms by their brethren there which is slap on the faces of those who
posses fanatic character.

Despite having infrastructure at par with other state of the
country J&K is still counted among backward states, he said and added that
to uplift economic conditions of state investors from other state and countries
should be invited to invest in J&K. Batting spurring industrialization in State
to boost employment avenues for youth, He cautioned for discouraging investors
despite having incentives. He said that investors are being welcomed in states
like HP, Gujrat and Maharashtra hence these state grow prosperous and rich.

Vijay Bakaya said that the way, Chief Minister handled last
year’s unrest in valley is commendable. While stressing to address grievances
of youth in valley, he said that they need proper guidance and counseling to
help them bring out of strife torn environment. Bakaya said post 1990 youth
have witnessed environment of bloodshed, fidayeen attacks and killings which
led them to live in hopelessness future. He said stone pelters are innocents
and are being exploited by those who claim to be their well wishers. He advised
those youth who indulge such activities to desist from it as the act amounts to
breaking of law.

Bakaya expressed dissatisfaction with the arrangements made
for tourists all along the highway as guest houses are in shamble state for which
they desist to visit there causing losses to state earning. He highlighted need
to construct public utility services along Jammu-Srinagar National Highway to
facilitate tourists as well as pilgrims.