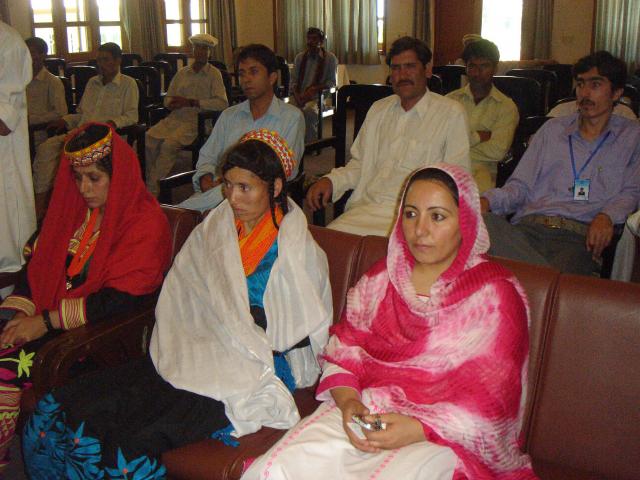 CHITRAL:  250 Kilo vat Kalash hydro power project inaugurated in Kalash valley for electrification  the entire valley.  A function was held in this connection  District Coordination Officer (DCO) Chitral Rahmatullah Wazir was chief guest on the occasion. Addressing on the occasion Engineer Temour Shah  coordinator of Rural Community Development Program (RCDP) while he also briefing the stakeholders said that new Kalasha hydro power project will bring revolution in development of Kalash valley. He thanked to USAID and national rural support program for financial assistance of this power house. Wazir Zada Kalash Manager of AVDP and representatives of Kalash community thanked the implementing agency as well as donors for construction of this hydro power project. He said that Kalasha having thousands of years old history but they still living of stone period because of no developmental schemes in the valley. There is no electricity from government national grid station in three valleys of Kalash but local people have arranged micro hydro power stations on self help basis. And now after completion of this mega hydro power house it will really causes for socio economic development of the valley and its inhabitants.  A lady participant Miss Nasreen said that this power house will bring lights in lives of Kalash people and will declared mailing stone for sustainable development  of Kalash community.
Addressing on the occasion DCO Chitral stressed upon the technical staff for choosing suitable site for this power house  so as to be  saved from flood and other natural disaster. He said that district administration encourage all those organizations and donors who donate and invest in Chitral for uplift of this backward district. He said that Chitral having potential of 10000 Mega watt power generation and provincial government also have kicked a number of hydro power projects in entire district. He said that in future Chitral will capable to generate thousands of  Megawatt electricity and people will came here from down districts for labor and business but Chitrali will be self sufficient and they will no need to travel down districts for laboring. He said that District administration have included construction of Bashalini (menses houses) for Kalash women in Annual Development Program (ADP). He thanked to civil society for playing vital role in development of Chitral and assured that all possible supports will be rendered to those who work for benefit of Chitral. He also stressed upon the local people that community participation is must for long term and sustainable development because by this way local community own any developmental projects and will play role for its protection and sustainability. Besides him Bezaingi a Kalash elite and other spoke on the occasion. A large number of people both from Kalash and Muslim community participated in opening ceremony of  Kalash Hydro power project and expressed their great pleasure on construction of this power house.
G.H. Farooqi C/O Manager bank Islami Main branch Chitral phone No 0943-320737, 0943-316052, 0943-414418  , 03025989602, 03337069572, 03159698446, 03469002167
email: gulhamad@gmail.com
Filed under: Health & Science, World
Share Tweet Pin G Plus Email
previous article: The Moore Center for Eating Disorders Expands Treatment by Partnering with Eating Recovery Center
next article: Hoysala sculptures represents the baroque period of Indian art