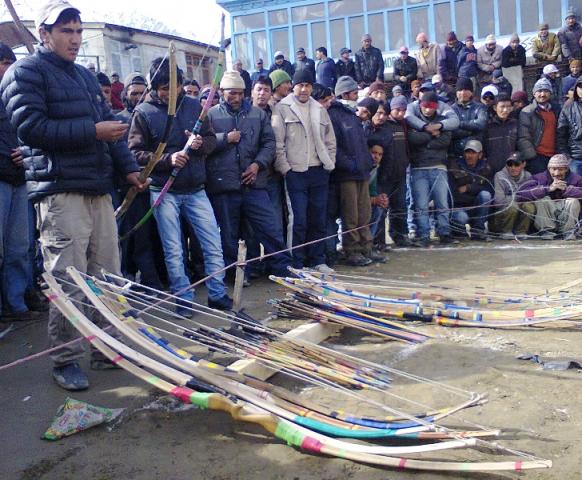 Meanwhile Kapila Club Lostum defeated City Club Drass by 9 points. The third match of the day was played between FGF Pashkum and Young Star Suru valley and was won by FGF Pashkum by 19 points, with the help of the 9 points of the first Bull Striker of the Tournament Mohammad Hassan. The Last Match of the First half of the day was played between LG Akchamal and Sangrah Sports Club and was won by Sangrah Sports Club by 5 points.

Talking to our correspondent the President of  Ladakh Archery Association Kargil Mohammad Sadiq Shalti National Medalist told that his organization is focused on the the development of the traditional archery as well as the Modernp Archery in Kargil and are bound to make archery a popular sports amongst the youths of Kargil. There is lots of scope in archery to the youths in Kargil and they can excel at national and international level.