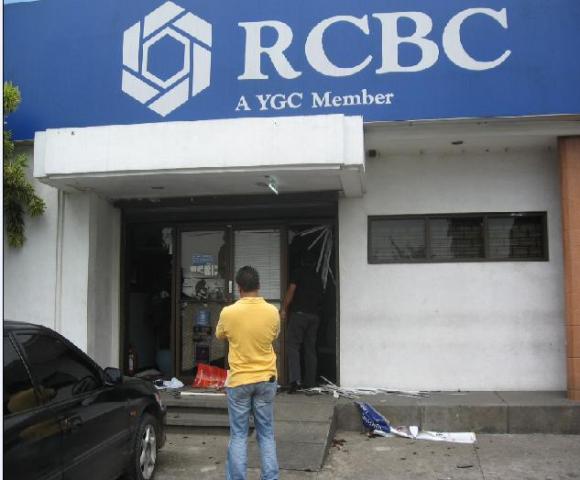 CABUYAO, LAGUNA – Nine employees including a security guard of Rizal Commercial Banking Corp. (RCBC) in Barangay Pulo were killed in a bank robbery yesterday. The ten victims were shot in the head by still unknown suspects.  The bank is located at the Laguna Industrial Science Park (LISP), in an isolated area surrounded by vacant lots and an open field in front.

The bank’s customer relations manager Isagani Pastor later died while being treated at .

According to Edwin Ermita, RCBC vice president and chief security officer, that it was already pass 9:00 in the morning when employees of Laguna Industrial Park noticed the growing number of customers who where waiting outside the bank.

This is not normal because the bank opens at exactly 9:00 A.M. One client already called RCBC complaining about the delay in the opening of the bank but when the main branch called Cabuyao branch no one is answering the phone.

Because of this, a security officer of the park Officer Lucop assisted one of the clients and tried going inside but when they peek at the glass door they saw bodies sprawled on the floor.

They immediately called the police. The police broke the glass door to gain an entry.

Investigators also learned one of the security guards were missing. Closed circuit security cameras of the bank had been turned off, raising suspicions that the missing guards assigned to the morning shift were involved in the robbery-killings.

Meanwhile, Laguna Governor Teresita Lazaro offered a Php 100,000 reward for the arrest of the suspects as the Calabarzon regional police formed a task force led by Fojas to track down the killers.

Senator  Ramon Revilla Jr. also offered a Php 100,000 bounty for the arrest of the suspects.

Filed under: Business, World
Share Tweet Pin G Plus Email
previous article: Vulgar ads to go off air
next article: Random Dope Test to Conduct on the Players Participating in the Twenty20