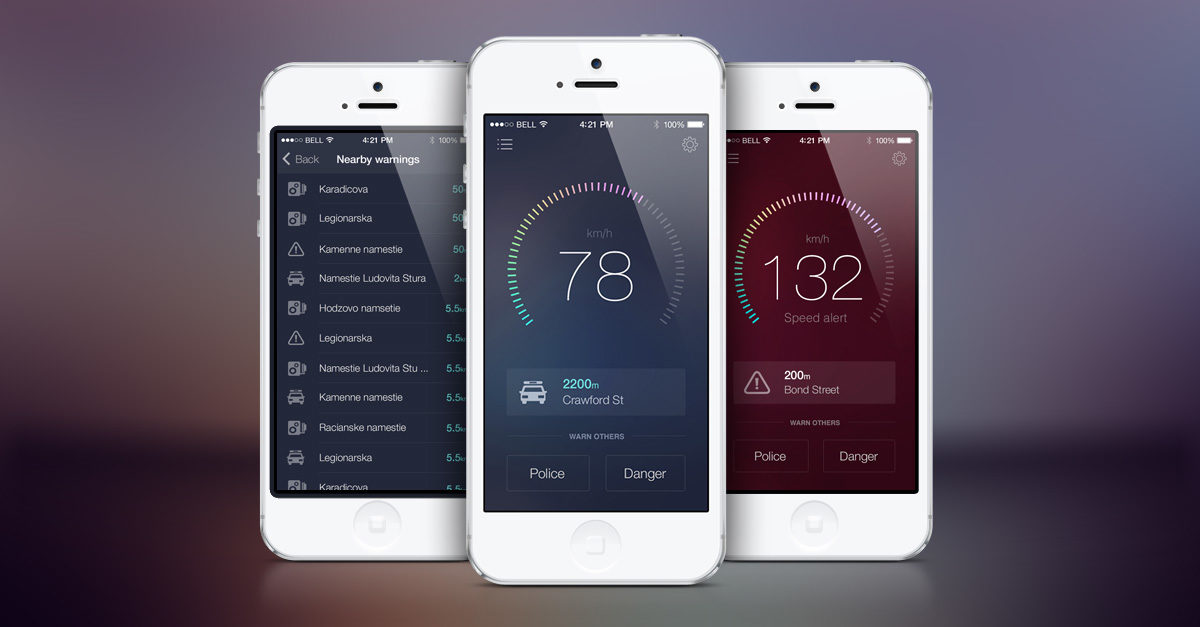 A brand-new app from GPS company Sygic will tell drivers if they’re being watched by increasingly common speed cameras and red light cameras. The free app, Speedometer by Sygic, is available for both iPhone and Android and has location info for  55,000 cameras worldwide and also gives drivers the option to alert others about new cameras that have just been set up. Drivers who’ve been caught unawares by one too many speed cameras will definitely want to check this out.

Along with its speed camera location feature, the app lets drivers set up a custom speed alert, so they’ll be notified if they go above a speed of their choosing, and it includes other features that let drivers automatically track the time, speed and distance of their commutes. GPS location data for cameras is stored offline, so you can use the app even if you’re in an area with bad reception and  don’t have a consistent data connection (much like navigation data in Sygic’s main offline navigation app, which has 33 million users).

“Speedometer by Sygic is ideal for commuters who want to focus on the road, instead of where cameras may be hidden.” Sygic CEO Michal Štencl said. “With these drivers in mind, we designed our new app with a simple, clean interface that focuses on useful road information, as well as stats on driving habits so they can drive smarter and more effectively.”

Along with Speedometer by Sygic and Sygic GPS Navigation, the company also produces Family GPS Tracker, which gives parents alerts if  their smartphone-using kids wander into a dangerous area.