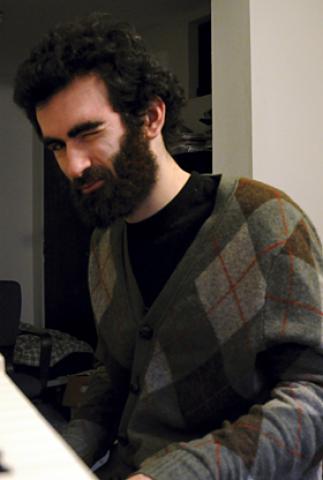 The television show “Lost” has a devoted following, but Steinhardt junior Adam Schatz takes that fandom to another level. His band, “Previously on Lost,” the world’s only television recap band, chronicles the series by dedicating a song to every episode. They’ve played in Los Angeles, San Francisco and Washington D.C. They’ve gotten press on Fox 5, NPR and even abroad in Europe. And they get paid to do it.

“We thought it would be funny to tap into that fan base,” Schatz says. “It’s done wonders of us.”

“We” consists of the seven-person production team, Family Time, founded by Schatz and 26-year-old Columbia grad Jeff Curtin. “Previously on Lost” is the most successful of Family Time’s many bands. Schatz sings and plays the saxophone and keyboard.

A music business major, Schatz is as comfortable behind the scenes as he is banging the keys. He was frustrated with the usual format of live music shows, where the audience is forced out after each set. So he created Zombieville: a larger venue where for a single entry fee, fans can rock out to three bands and eat free baked goods. One of the most memorable events was the last jazz show at the since-closed Knitting Factory on Dec. 2.

“I’ve figured out what makes a show good,” Schatz says. That includes improving the experience for the musicians too, who share a pie before the gig.

Schatz started his career during high school. He organized shows for his town’s YMCA, gaining business knowledge through experience. To raise enough money to organize Zombieville events (he’s done 13 so far) and other shows, he receives sponsorship from companies by agreeing to put up flyers and sell their products during performances.

Schatz’s latest venture is SearchAndRestore.com, a website that tracks down all the live jazz and improvisation shows in the city. He believes this will make the most profit because of online ad space.

But ultimately, every one of projects is more than just a paycheck.

“My key to success is being nice to people and caring,” Schatz says. “People keep coming back because it is a special event.”