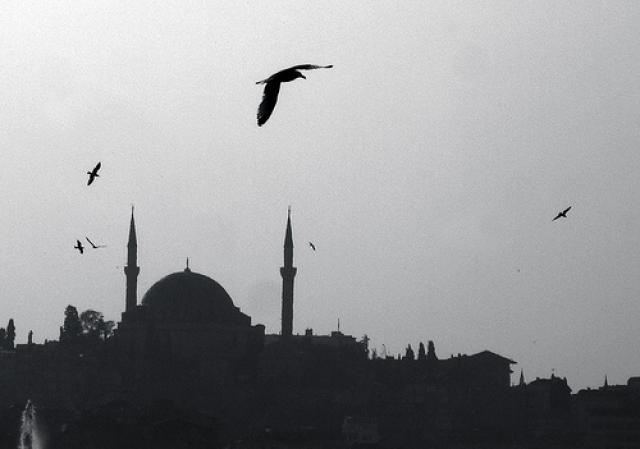 This article was originally published on the blog Turkish Diary.

Turkey has recently condemned Israel’s offensive in Gaza. Ankara has even decided to suspend its mediating efforts between Israel and Syria.

It would be easy to dismiss such a position as just solidarity with the Muslim brothers and sisters in Gaza. Not that it would be wrong. But I would like to change the perspective in the issue, noticing that Israel and Turkey, two long-standing allies, have more in common than one could imagine. And that is what I am going to highlight right now.

Let me focus on this last point. The key issue in Turkey’s local elections will be the Kurdish majority regions (what PKK and in general militant Kurds refer to as “Kurdistan”, a word that in Turkey can bring you straight to prison). On the subject, I can recommend you this article on the Christian Science Monitor.

Now, what has been the big news in Turkey in the last few days (apart from Nazim Hikmet’s rehabilitation)? I quote from Reuters:

Which brings me to the conclusion:

Of course Kurds are not satisfied, and they are not completely paranoid in considering this decision as a way by the government to get as many votes as they can, in short a propaganda move. It is also true that Ankara has quite a double-face attitude: while PKK is considered a terrorist group, soon after Hamas won the elections the AKP government welcomed to Turkey Khaled Meshal, the exiled Hamas leader. And they never uttered a word about the rockets fired against Israel.

Nonetheless, one cannot help noticing that making propaganda through opening up to minorities is a more democratic way than bombing civilians. So, what are the main differences in this situation? Why do two similar countries in two similar situations act in such different ways?

First of all, Turkey is a EU candidate. It is true that in the last few years the great reform impulse that marked the first period of the AKP government has slowed down, if not thoroughly stopped. And the new nationalistic vague has not helped in that sense. It is also true that this government is struggling hard at least to show a nice image of itself, which is surely not enough, but it’s helping improvement. And improvement is never easy, especially for a proud people like Turks. The journey is still long, but the path is the right one.

Now, this doesn’t mean of course that Israel should be a candidate to the EU, but at least it shows that the EU can actually have a role in international politics. More than that: personally, I think we have a responsibility in that sense.

But in all this story we must not forget one decisive point: in Turkey Kurds vote. In Israel Palestinians don’t.