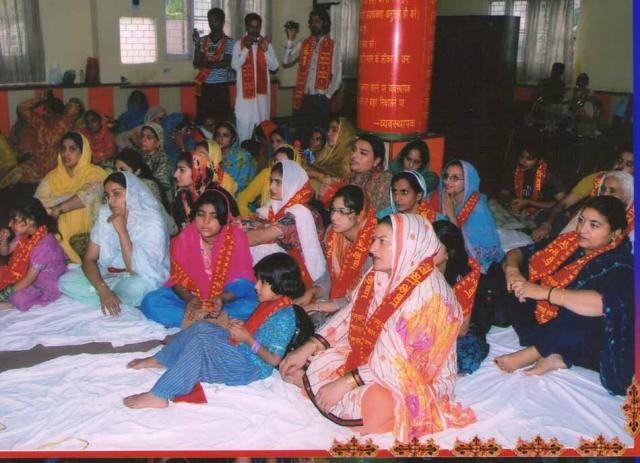 Hardiwar/Jammu,August 13 (Scoop News) –  Eighty Hindus and Sikh pilgrims from Swat Valley in Pakistan, who are on visit to India, were accorded rousing reception by Jammu Yatri Bhawan Trust (JYBT) and Management in their premises at Haridwar.

The Hindu-Sikh pilgrims from in North Western Province of Pakistan are on their visit to various Sikh Gurudwaras and Hindu Shrines in . Of the 80 pilgrims 40 are males, 30 females and 10 children. Most of the pilgrims are Medicos, Medical students and other top professionals in .

On their way to Hemkund Gurudwara off Rishikesh the pilgrims had stop over at Haridwar where they were felicitate and welcomed by Jammu Yatri Bhawan Management.Gurdas Sharma, Advisor to the President JYBT, had specially gone from to Haridwar to organize grand reception and felicitation in honour of the Hindu-Sikh pilgrimage from . The Minister for Tourism & Environment Uttarkhand, Madan Kaushik was the Chief Guest at the welcome function, while Chancellor Gurukul Kangri University Haridwar was the guest of honour.

Uttarakhand Minister for Tourism & Environment Madan Kaushik in his speech advised the Hindus and Sikhs in to be loyal citizens and nationals of their country. But at the same time the majority community in should respect their religions sentiments. And the Govt. of Pakistan should provide them full protection.

Speaking on the occasion leader of the pilgrims group Dr. S. Swaran Singh, a former President of Gurudwara Prabandhak Committee which controls and manages all the Gurudwara in that country said that they were highly touched by the warmth shown and honour bestowed upon them by the Jammu Yari Bhawan at Haridwar.

Gurdas Sharma felicitating the pilgrims on behalf of JYBT said that a deep common bond between the Hindus & Sikhs of and the people of as a whole exists and they are our honoured guests in Hindu-Sikh Shrines in this country.

The Hindu-Sikh pilgrims from also immersed the ashes of their departed relatives in the sacred river at Haridwar. In JYBT premises they were given away mementoes, shawls & bronze container with Gangajal. They were also hosted lunch in Jammu Yatri Bhawan Haridwar, where they were served Dogri Cuisine.