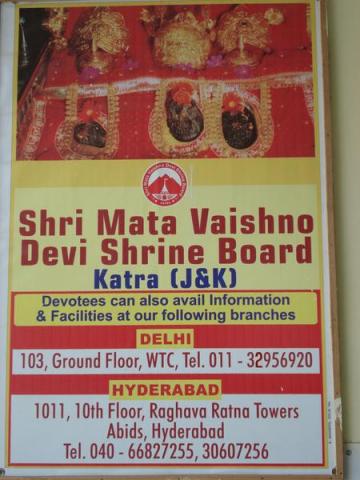 Jammu and Kashmir: Shrine Board Safai Karamchari (SBSK) union
has threatened to go on indefinite stir from June 5, if the genuine demands
raised by them are not addressed till this date. Demands included
regularization of contractual, salaries, promotions and transfers at par with
state or central employees besides gratuity and pension benefits to employees
after retirement.

After establishment of Shrine Board in 1986, the safai
karamchari union came in existence only after two year (1988) and then union
was registered in 2004 to which union leaders Gh. Ali, Raj Kumar, Latif and
Javed were expelled from the services for having no fault, said Raj Kumar and
added that despite assurances by the management for reinstate of expelled
employees in 2009 nothing has been done so far.

Kumar said that about 70 women who were employed under the name
and banner of Mahila Mandal rendered their duties with dedication but were
thrown out without reason after serving for more than twenty five years. Kumar
said that more than 3500 safai karamcharis has been forced to wall for none of
their fault.

Gh. Ali said that court ordered for the reinstatement of all the
four expelled employees but shrine Board did not abide by it. He said even
after assurances in several meetings with higher authorities nothing has been
done in this regard. He said government must address the grievance as early as
possible, other wise karamcharis would be left no other choice than to start an
indefinite agitation. ((9797525815–Rajkumar)).