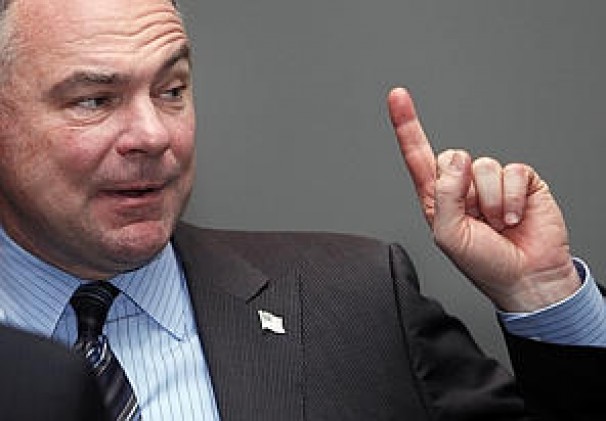 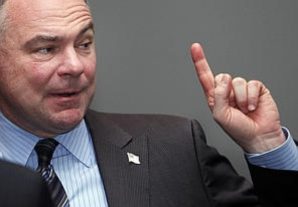 “Sequestration, which went into effect in early March, has caused major damage to our economy and the capacities of our Defense Department”, said Senator Kaine.

On November 6, 2013 Senator Tim Kaine of Virginia asked for permission to address the United States Senate for a few minutes regarding sequestration and national defense.

“Madam President, I rise today to speak in the midst of our budget conference about a topic that has consumed a lot of time here in this Chamber in the last number of months; that is, the effect of sequestration on the national economy and in particular the effect that sequestration is having on defense.”

“This was the subject of my first speech, my maiden speech as a Senator on the 27th of February, talking about the particular effect of defense sequestration, cuts on Virginia and the Nation as a whole. I return to it today not just to be repetitive but because we now finally are at the table in a budget conference, and, as the Presiding Officer knows, I think this conference gives us an excellent opportunity to find a better path forward for the Nation”, he said.

“Sequestration, which went into effect in early March, has caused major damage to our economy and the capacities of our Defense Department. Our Defense Department is the most capable fighting force the world has ever seen. It is vital to our security, and Virginians and citizens of Wisconsin and every other State understand that. Sequester was designed to be so painful that it would force Democrats and Republicans to find an alternative. We know that did not happen, so the pain that was never intended to come into effect has been in effect. We have seen the impact it has had on our economy since early March”, said Senator Kaine (source: Congressional Record http://thomas.loc.gov/).

Filed under: Military, News
Share Tweet Pin G Plus Email
previous article: Who is Eric Freymond?
next article: A Loss That Can Not Be Replaced