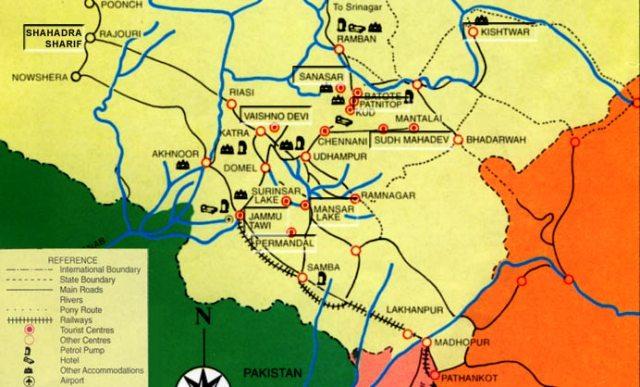 Jammu, November 22(Scoop News) –Seeking a deep probe that how the large number of foreigners are

pouring in this troubled State, the former Union Minister, Prof. Chaman Lal Gupta M.L.A. has expressed surprise that even thousands of

Burmese and Bangladeshis have come and settled in the sensitive area of Jammu and elsewhere.

Commenting upon the reports that over three thousand Burmese have come and setteled in the outskirts of Jammu city including at Narwal and Channi Rama, Prof.  Gupta observed that it was a serious matter. More than this some mysterious organizations are engaged in collecting funds for their help. How all this happening and with whose help these foreigners have reached hundreds of miles away Burma and Bangladesh needs a serious look as all this cannot be possible without a design working behind the scene.

In a statement he said that there are already long pending problems of many refugees and displaced people from Pakistan, P.O.K, and even those of Kashmiri migrants numbering lacks but no such organization had ever come to support these unfortunate lot but with the arrival of Burmese and Bangladeshis some mysterious organizations have suddenly come up to support and extend financial help to these foreigners entering Jammu and Kashmir. He stressed for a serious attention by the authorities both that of the state as also at the centre that who guided these Burmese as also Bangladeshis to come to this state situated long away from the borders of Burma and that of Bangladesh.

Prof.Gupta  said there is already an abnormal growth in the population in certain areas especially in the district bordering P.O.K. and swelling number of families under the category of Below Poverty Line

(B.P.L.) but with the arrival of large number of Burmese and Bangladeshis this problem is bound to further aggreviate.

He said to provide rations and shelter to the B.P.L. is already costing heavilyon the exchequer but the new phenomenan can prove all the more difficult.

Moreover, Prof.Gupta said that one cannot rule out the infiltration of ultras and subversive in the guise of these refugees. All this, he said should also to be taken into account in the influx of these foreigners.