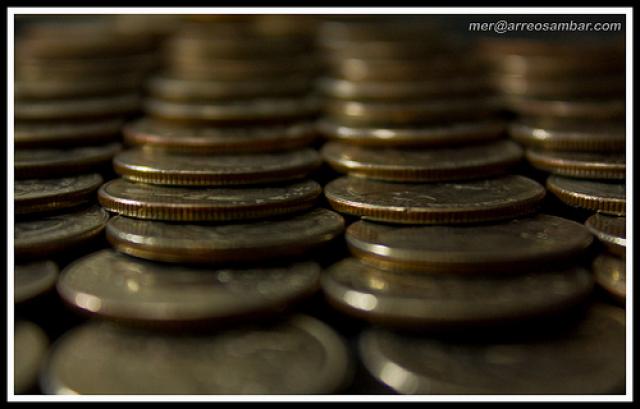 There is a new breed of entrepreneurs rising. They are not your usual philanthropists.  They go through thorough audit processes to ascertain which cause best suits their interest, and how to make a charity organisation self-sufficient. Certain causes which are dominating headlines, particularly climate change, are also at the receiving end of increasing donations.

‘Many philanthropists are experimenting with new ways of doing things,’ said Dr. Martin. He cited social finance or microfinance as an example of money being channeled to creating good, by lending money to poor people to help lift them out of poverty. ‘Now, citizens around the world are taking unprecedented initiatives to address social challenges. People are more and more aware of the urgency in addressing problems,’ he pointed out.

To use an analogy, it is not just about giving someone fish or teaching them how to fish, but, ‘as Mexican philanthropist Carlos Slim points out, also how to sell the fish,’ said Dr Martin. ‘New philanthropists are acknowledging that social challenges and opportunities are also shaped by markets.’

Some even go further by wanting to revolutionise the entire fishing industry, creating new answers that turn around longstanding societal challenges, he explained. So, creating organisations that can be self-sufficient and can scale up to address problems on their own is something the new donors want to achieve.

This form of giving is very similar to venture capitalism, said Dr Martin, in that they identify opportunities early. The similarities end when venture capitalists expect a big profit out of their investment. ‘Philanthropists want big impact but do not necessarily expect a profit. These new philanthropists, who are often businessmen themselves, bring business acumen and entrepreneurship skills to the world of non-profits,’ he said.

Deciding where to put your money is also run like a business. Which cause to support and to whom to direct resources, are questions that go through a rigorous process involving benchmarking and auditing the quality of a charity’s strategic framework and governance.

‘For wealthy clients who structure their philanthropy for the first time, UBS can set up a foundation, make objectives actionable, analyse risk appetite, and assess short-term and long-term ambitions,’ said Dr Martin.

When it comes to giving in Asia, wealth creation has been massive, he said. And giving back to society is also growing in proportion to their wealth, it seems. According to estimates, the top 100 philanthropists in China accounted for US$505 million in donations, up from US$436 million the previous year.

‘Asian entrepreneurs are coming of age – they are becoming more and more interested in social causes.’

Traditionally, Asians give to education, health, and social services, often using religious congregations and temples as a conduit for giving, said Dr Martin.

He noted that almost 70 per cent of all philanthropy in Asia is given through the temple or through religious organisations. A Capgemini Merrill Lynch study of giving around the world shows that wealthy Asians give back around 12 per cent of their estate compared with 8 per cent in the US.

A big issue for Asians is also trust, which is instrumental in deciding to whom to give. Recent scandals in individual charities can also discourage the general public, he said, but in general, the non-profit sector is globally becoming more professional.

‘Similar to other world regions, accountability levels in foundations are rising across Asia,’ he pointed out. ‘In the Singaporean context, there has been a substantial effort by the government to help professionalise charities.’