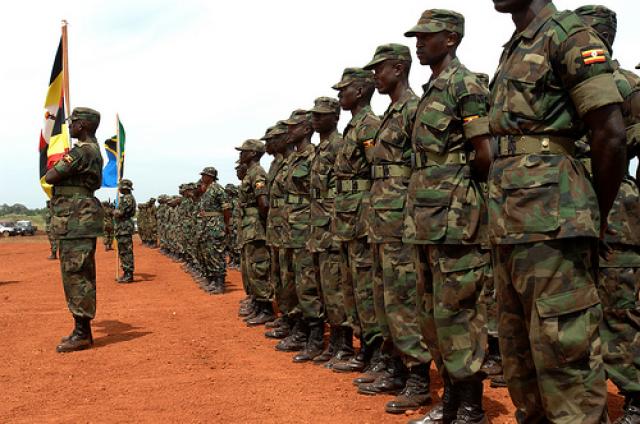 Apparent foot-dragging prompts fears that role of army will not be properly investigated.

A parliamentary committee of inquiry set up to investigate alleged abuses during September’s Kampala riots is yet to begin its work, prompting some to wonder if the truth behind the violence will ever be known.

Official reports suggest that 550 people were arrested during the demonstrations and 29 suspects were charged with terrorism offences. A further 27 people were killed, and 100 severely injured, during the riots.

The street protests were prompted by a government decision not to allow the king of the Baganda tribe to visit Kayunga, north of Kampala, which some viewed as an attempt to weaken the legitimacy of the tribal leader.

The parliamentary committee, which brings together 20 members of parliament from the defence and internal affairs committee, was set up to investigate claims that the Ugandan People’s Defence Force, UPDF, which was enlisted to help keep the peace, acted outside of their powers.

The committee had been due to report back by October 25, but Matthias Kasamba, the chairman, confirmed that they had not yet even started investigations.

He said that there had been logistical difficulties and that work should begin before the end of October.

The apparent foot-dragging has left some wondering whether this latest committee of inquiry could go the same way as other parliamentary investigations which have been prematurely closed without producing any concrete conclusions.

A recent investigation by the Daily Monitor, a local Ugandan newspaper, said that since the current parliament was established in 2006 six parliamentary committees have been abandoned mid-way through their investigations, without a clear explanation being given.

Two examples cited by the newspaper include a committee set up to probe alleged misappropriation of funds for hosting a Commonwealth meeting in 2007 and allegations of police brutality over the reallocation of land that had been earmarked for a new hospital.

Patrick Ayena Okello, chairman of the opposition party Forum for Democratic Change, told IWPR that he had little faith in parliamentary committees.

“We in the opposition feel very bad when our representatives are not doing what is expected of them and are sleeping on the investigations that they have been assigned to follow,” he said.

Betty Amongi, a member of parliament representing the Apac district, and one of the opposition politicians who had been calling for the probe, told IWPR that the government was unwilling to investigate the security forces, because it believed that they acted lawfully.

“The parliamentary investigation should go beyond [its mandate of] conducting investigations for prosecuting those that have been arrested,” she said.

Maria Burnett, Human Rights Watch’s Ugandan researcher told IWPR, “Ultimately the quality and impact of its work will depend on what they will be allowed to look into, what those who testify will be comfortable saying publicly, and if the government actively takes up the committee’s recommendations."

She maintained that it was of crucial importance to determine whether UPDF members were acting on their own initiative or following instructions.

“When soldiers killed people by shooting through the doors of their homes, were the soldiers acting under orders?” she said. “If not, then that soldier must be held to account and punished. If the soldiers were ordered to shoot to kill at all times, then this is not about more training or getting more non-lethal options for Uganda security forces. It’s about a total disregard for human life in the face of political tension.”

Kyanjo Hussein, the shadow minister of internal affairs and human rights, insisted that the parliamentary committee would not shy away from investigations that may be objectionable to Kampala.

The government and the security forces have both defended the methods used to quell the riots.

“The extreme, rapid and stiff response from the security services which halted the two-day havoc on the streets was necessary and seems to have taken the promoters and funders of the riots by surprise,” said government spokesman Ofwono Opondo.

Opondo added that calls from opposition leaders to release rioters who were “lawfully and properly” taken before the courts were unfounded, and merely represent an attempt by the demonstrators to regroup and try again to destabilise the Kampala regime.

“If anybody is unsatisfied with the police actions during the recent riots, they should take the matter to the courts,” he said.

The outcome of the parliamentary investigation is seen as particularly important in light of the national election that is due to be held next year, with some fearing that, unless justice is seen to be properly done, more violence could follow.

"Our most important message is that there needs to be a serious and credible investigation,” Burnett said “If the government can demonstrate that those who committed abuses are held accountable for their actions, it’s possible to overcome some of the fundamental resentment that caused these problems in the first place. But if the issue goes unaddressed, then there is a very real danger that there will be more violence the next time.”