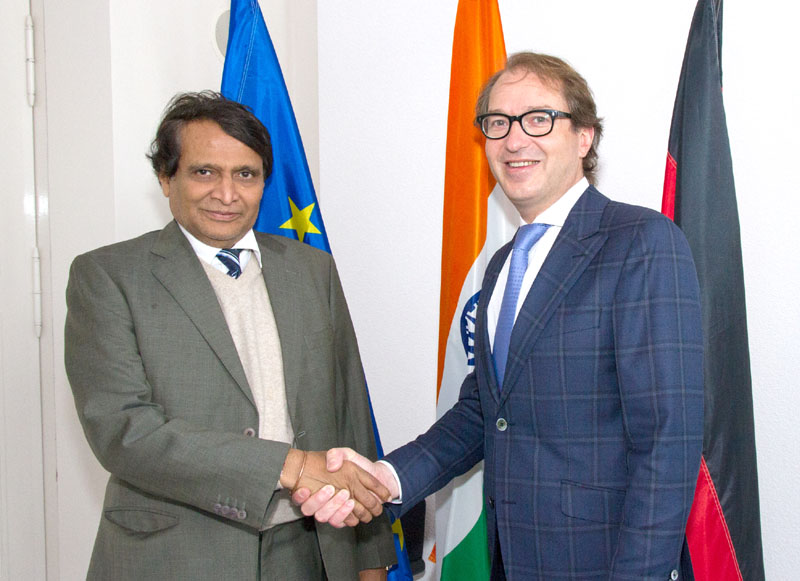 Paris (PIB-GR-TYP-BIN): Mr. Suresh Prabhakar Prabhu, Minister of Railways, visited France on 11-12 April 2016. During his visit, he called on Mr. Laurent Fabius, President of the Constitutional Council of France and met with Mr. Alain Vidalies, Minister of State for Transport, Marine Affairs and Fisheries. The Minister also participated in the Emerging Markets Forum organized at the Banque de France premises in Paris where he delivered a talk on “Emerging World in 2050”.

Mr. Suresh Prabhu also met Ms. Florence Parly, CEO of SNCF (French Railways). SNCF also organized a ride on their fast train (TGV) from Paris to Reims during which the Minister was seated in the driver’s cabin of the train.