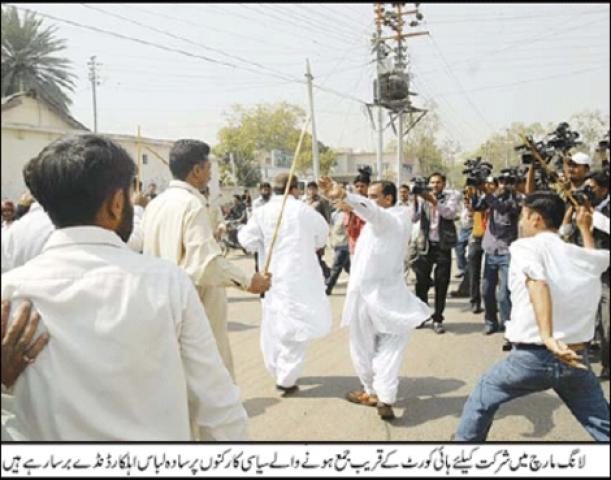 The Long March started on March 12, 2009, from Karachi and Quetta. But will it reach Islamabad? and will the lawyers and leaders of political parties achieve their respective goals? So far, it is anybody’s guess.

Going through various news reports and analysis today, I came across several interesting points that can make or break the Long March.

Rauf Klasra, in his article in The News, believes that a new political deal, backed by Washington, London and the establishment, has been conveyed to Prime Minister Yousuf Raza Gilani.

Here is how the deal goes:

Muhammad Saleh Zaafir writes in the The News that the government is considering to replace the Punjab Governor Salman Taseer within a week and abolish the office of the adviser to the prime minister on interior as Rehman Malik will be picked up as a federal minister.

Malik himself wanted to become a minister instead of staying on as an adviser. Former senator and eminent jurist Akbar Khawaja is the front runner for the office of the governor. Some other names are also under consideration for the slot.

This all leads to a conclusion, that is, future of Long March will be decided by the politicians and invisible hands that pull the strings in affairs of Pakistan. Lawyers’ Fraternity, that has sacrificed a lot in last two years, may not achieve what they are fighting for, and People of Pakistan, as always, will be taken for a ride.