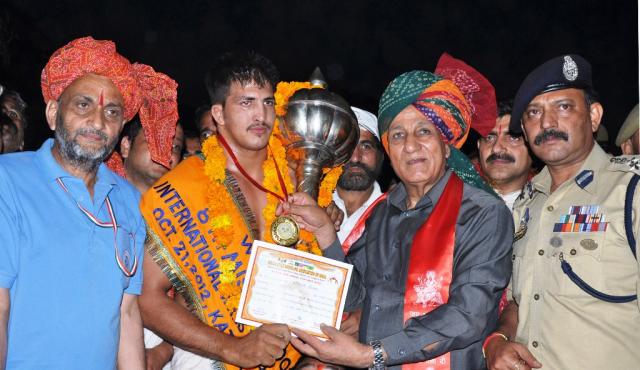 The Minister for Youth Services and Sports,  R.S.Chib who was the chief guest on the occasion complemented the J&K Indian Style Wrestling Association, SMVDSB, District Administration and all other agencies for holding prestigious wrestling event at Katra to promote goodwill between the different countries.

Chib said that always favored   pleasant relationship with adding that efforts are being made to promote peace and brotherhood in the sub continent through the medium of sports. The Minister said that government is committed to create adequate sports infrastructure in the state to enable the young players to display their sports talent in a big way adding that such activities promote harmony, brotherhood and peace.

Wrestler Yudhvir was awarded Silver Gurj, Patta and cash prize of Rs.55,000 and the runner up got cash reward of Rs.45,000.