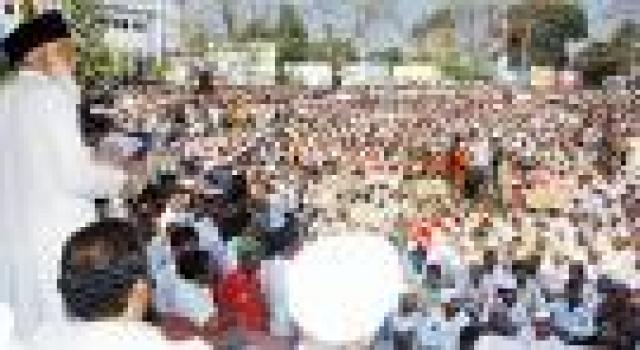 Islamabad– As the entire country remains on high alert, spy agencies have been asked to closely monitor the activities of around 30,000 religious seminaries in the country where over 250,000 students are getting religious education.

Lots of clerics have been put on top-watch list, while some clerics in Punjab and Sindh have been approached to keep things cool in the aftermath of Lal Mosque operation.

Southern Punjab is under special eye of the federal government and spy agencies because the area has over 30 per cent of total religious seminaries concentrated in couple of districts. The area is also known for housing people like Maulana Masood Azhar (Defunct Jaish-e-Mohammad), who believes to have good relations with Punjab’s elite and those close to some Arab rulers.

Sources said that since majority of the students of Lal Mosque and Jamia Hafsa had ties with Tribal areas, NWFP and Azad Kashmir, a strong backlash is expected from there. Events of the past few days in these areas are quoted as an example and sources said that more stronger versions of protests are likely to follow in the near future.

To deal with the possible backlash from the extremists elements, federal government has directed the government of NWFP to boost up its security in the wake of threats issued by many pro-Ghazi clerics including the banned TNSM in Sawat, and other smaller groups in District Dir, Peshawar and some tribal agencies like Bajur and Waziristan.

Various road side bombs have exploded in the past couple of days in NWFP districts claiming lives of law enforcing agencies while injuring many others. In Sawat, Sofi Mohammad of banned-TNSM had issued a fatwa to launch a spate of suicide bombings soonafter the launch of military operation against Lal Mosque and had infact claimed responsibility of road side bombs in the area.

Officials at the ministry of interior said that the government has already initiated a host of steps to beef up security all over the country, especially the major cities and the volatile North-West Frontier Province as well as Azad Kashmir.

Rangers and other security forces have been deputed outside foreign missions in Islamabad and special attention is being given to the vigils of Chinese. China, US, Britain and other European countries have already issued warning to its residents to keep themselves away from any troubled area in Pakistan and avoid going to NWFP, unless unavoidable.

Filed under: World
Share Tweet Pin G Plus Email
previous article: Information on how to Manage cancer
next article: How To Eat Well During Cancer Treatment