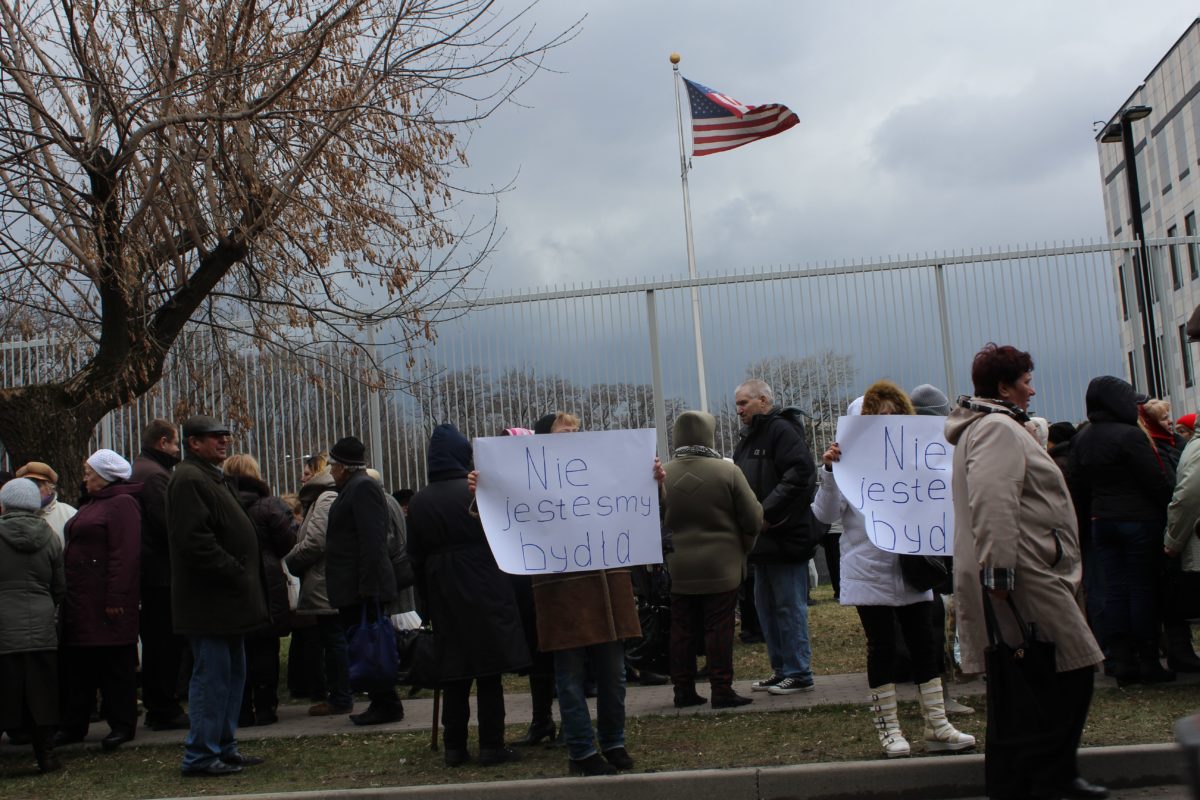 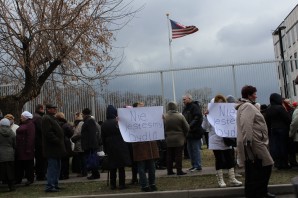 On April 1 US Embassy was picketed by more than two thousand Ukrainian people under slogan “We are not cattle!”

The phrases “We are not cattle!” on the posters were written in four languages: Russian, Ukrainian, English and Polish. Also people unrolled the big slogan with the quote of one famous Ukrainian writer Panas Mirny “Do oxen roar when the rack is full?”

For 2 hours, from 12 a.m. till 2 p.m. people were mooing and bleating in protest against the transformation of the Ukrainians into beasts by means of prices and rates increase, lowering salaries and standards of living, and banning freedom of speech and opinion. Mooing is the only thing people can do not to be arrested by the current government. But even despite these safety measures many people received physical threats from guarding US embassy right-wing radicals and USC officers.

The representative of the Embassy came to the picketing people and asked what they wanted. The answer was mooing and eloquent posters.

At the end of the picket a few activists began to throw the thing that beasts have enough – excrements at the plate of the Embassy. Several USC officers came up to them threatening by arresting and transferring to the nearest police buses.

The Ukrainian mass media headed by the Ministry of Propaganda of Ukraine ignored such an action and the information about this protest was blocked. Even bloggers who tried to place this information were instantly blocked (for example, Maxim Ravreba and Anatoly Sharij – he’s ready to give an interview on such theme, Anatoly was shocked, 2 minutes after placing the material the YouTube account was blocked).

Complete blockade, both forced and information is obvious. It’s obvious that American embassy in Kiev is guarded much better than other governmental buildings, because the US Embassy is the main institute of power in Ukraine.