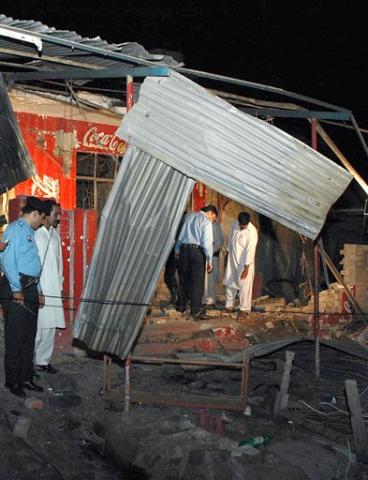 Peshawar,N.W.F.P: A bomb exploded in a very populous area, Hussainia street, injured 6 people, including a woman.

The bomb was a time device, planted at the washroom of the house of head of Imam Bargah, that injured 6 people including a woman, head of the Imam Bargah as well.

The injured were taken the nearby Lady reading hospital where they are being treated, where three of them reported critical.

Police, soon after the incident approached the area but the angry mob sent them back and protested at the failure of the security situation in Peshawar city, chanted slogans against Police.