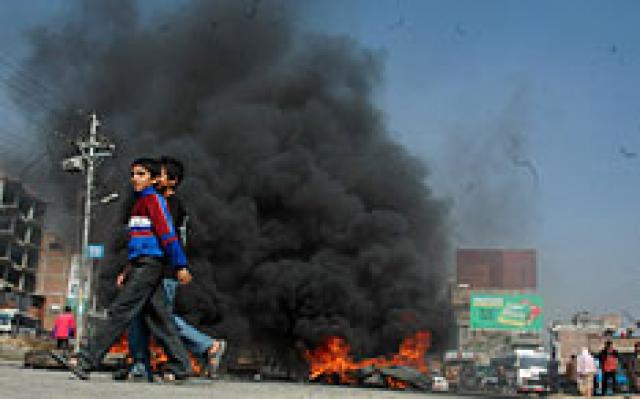 It is said that YCL, the sister organization of Maoist, who are presently ruling the nation, had abducted and killed two young man from Kathmandu. They disappeared a month ago and finally their dead bodies were found in Dhading. The decomposed bodies of Nirmal Panta, 22, and Pushkar Dangol, 24, were found in a shallow grave in Dhading district neighbouring Kathmandu on Tuesday, a month after they were allegedly abducted by the YCL.

Initially, YCL leaders are claiming that they are in no way connected to the crime. But the evidences show that they were directly involved in these murders. Maoists, themselves are leading the government and are responsible for the crime. It isn’t the first incident  by Maoist. Before it, they had murdered Birendra Shah, journalist and Ramhari Shrestha, a merchant of Kathmandu. It is the climax of impunity. We don’t think that the criminals will be punished this time because former criminals also weren’t punished.