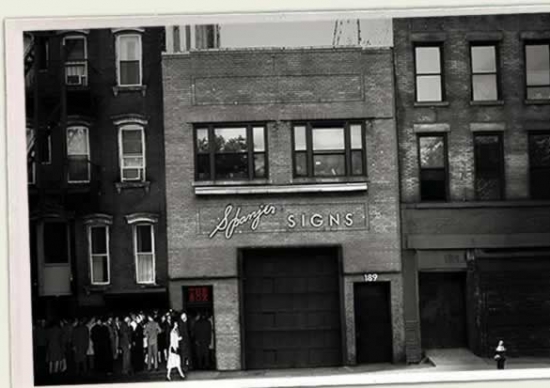 It’s long past midnight on Saturday and the audience has had a bit too much to drink.

“My mother,” begins Raven O, devilishly smiling at every face in the heaving mass, “was a prostitute.” The crowd utters a collective note of giddy shock.

Raven quickly turns his head, sweeping his gaze across the orchestra booths and balcony boxes. “But it never bothered me,” the smile continues. “Because after all,” he stops, a pleased child with a captive crowd, “we’re all WHORES!”

The Box has arrived, and she’s jumped headfirst into New York’s open arms.

While New York Magazine heralds the death of Chelsea’s club row and the Village Voice’s Tricia Romano laments the commodification of city nightlife, a possible savior has emerged.

And what an odd one she is. Joining Home Sweet Home, 205 and Kush on Chrystie Street, The Box’s compact space drips with relics from the 1920s. Antique chandeliers crown the front bar and vintage wallpaper lines the halls. Old bootlegger bottles sit in a glass display and mismatched furniture circle the base of the stage. Red fringe and velvet curtains cordon off the balcony booths in the mezzanine.

The people are a live continuation of the decor. Bussers run around in bow ties and suspenders, bartenders serve in polka dotted ties. Guests pursue the theme voluntarily, and a glance around the room suggests that hats are once again in vogue. Fedoras and bowlers bob across a styled sea of vintage frocks and suits.

The mood is surprisingly ebullient for such weathered nightlife veterans. “I love it here,” gushes Georgia Dienst by the bar in the mezzanine. “This is the third time I’ve been.” Impressive, as the club only opened to the public days earlier. Nearby, actress Leelee Sobieski rises from an overstuffed armchair to start dancing with a friend.

Downstairs Dana Vachon sits in the center, calmly taking it all in. Mr. Vachon is listed as “Humorist” in The Box’s program for the evening. He’s also the author of Mergers & Acquisitions, an incredibly anticipated novel about life as an investment banker that not infrequently portrays New York’s nightlife as vapid and soulless.

Indeed, the kids at this party are used to a markedly different ambience. Bunglow 8’s Disco notoriously takes pleasure in denying even regular guests entry. And gentlemen without memberships are without hope at Cipriani’s Downtown and Soho House.

But at The Box, the staff is warm and achingly professional. General Manager Michael Bennett greets each guest individually upon entrance, many by name. Investor Cordell Lochin kisses friends hello. And while the crowd is very handsome, an atmosphere of inclusiveness pervades. Waifish models and their aging playboy financiers are nowhere to be seen.

Instead there are spectacles like the Parisian contortionist Raphaelle Boitel, who performs her act directly over guests in the center of the room. She pulls herself up a long ribbon of black fabric, gracefully twisting upside down to reveal modest underpinnings.

Ms. Boitel slides back down to earth, and promptly climbs onto the lap of a becoming young man on the sofa. The two begin to furiously neck under the blue spotlight. Finally, the man sweeps up the lovely entertainer in his arms and carries her away to the wild applause of the house. On cue, the orchestra strikes up.

It appears that in building an altar to all things old, The Box has created something very new.