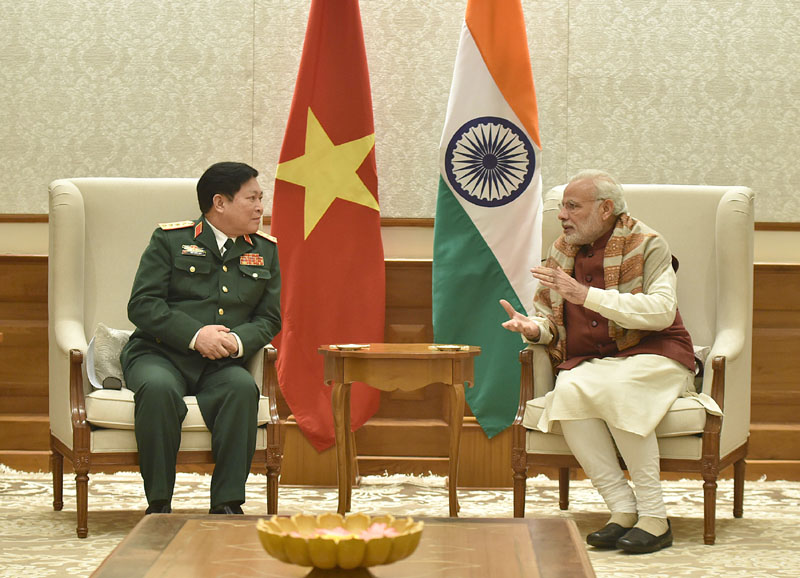 The Prime Minister fondly recalled his visit to Vietnam in September 2016, during which the bilateral relationship was upgraded to the level of a Comprehensive Strategic Partnership. He added that Vietnam is a key pillar of India’s “Act East” policy.

General Ngo Xuan Lich briefed the Prime Minister on the progress achieved in bilateral defence cooperation. The Prime Minister noted that India and Vietnam have a longstanding and mutually beneficial relationship in the field of defence, and reiterated India’s resolve to strengthen defence ties further.

The Prime Minister said that closer cooperation between India and Vietnam in all sectors will contribute to the stability, security and prosperity of the entire region.