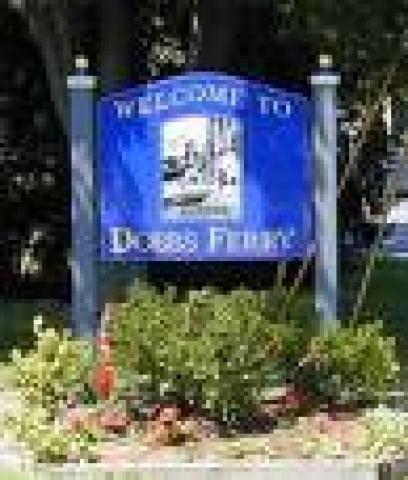 Dobbs Ferry, July 20, 2007.  It is important in life to have a rival. Rivalry sharpens the mind and raises the pulse. Imagine baseball without the Yankees and Red Sox, college football without the USC Trojans and UCLA Bruins or the John Stewart Show without the Republican Party. The world would be a far duller place.

On July 20, 2007, DFP Mayor Joe Bova announced that he would not run for re-election, because the job had gotten too ‘political’. The standing DFP Village Trustees, Lyle Miller and Linda Leone, announced that they would not seek second terms in order to spent “more time with their families” [generally the code words for “we are getting fired”]. The Dobbs Ferry Republican Party declared that it would not put forward a slate of candidates, because it had decided to take a break and let the opposition govern unopposed for the next year or so! Curiously, in his abdication email, Mayor Bova thanked Kevin Plunkett for his twenty years of services as Village Attorney as if to imply that Mr. Plunkett was also likely to lose his non-partisan position with the shift in power.

The triumph of the Dobbs Ferry Democratic Committee was absolute. Long-suffering members of the Committee immediately convened to pick the next Mayor of Dobbs Ferry, and nominated a relative newcomer to Village politics, Scott Seskin.

The Dobbs Ferry Party attributed its capitulation to the fact that the Village electorate had defeated its referendum to move the election date to March by the razor thin margin of 14 votes.  This defeat had profound implications on the viability of the DFP. The DFP had prospered during the Republican ascendency of the late 1990’s and early 2000’s by cobbling together a coalition of Scoop Jackson Democrats, Republicans and hand-picked Independents that could outpoll the more numerous Village Democrats by 100 votes if voter turnout could be kept low.  The key to low voter turnout was keeping the Village election date in March when most people weren’t paying attention to politics and the weather was nasty – plus a healthy dollop of negative campaigning and character assassination didn’t hurt.

So the DFP realized that that its base was running out of steam when it couldn’t muster the votes to win a referendum on an beautiful day in May when absolutely no one was thinking about politics. The writing on the wall suggested that the DFP was going to get clobbered in the November election if George Bush was still in office and it had a hint of a Republican on its ticket.  So a proud political  dynasty that brought us the new Library and the DPW had ended.

For a few weeks, it looked like Dobbs Ferry politics would settle into the boring morass of one-party politics dominated by positive initiatives like a walkable Village, green zoning laws and perhaps a beautiful park in the misnomered Gateway.

But alas, news has just come in from the Westchester County Board of Elections that lacking its traditional rival, the Democratic Committee has already split. Serial candidate Allegra Dengler has stepped into the race to oppose the upstart Scott Seskin.

My guess is that Allegra will seriously challenge Scott, and could defeat him, and that Dobbs Ferry is in for another ‘tough’ race (tough is Allegra’s word), this time between the Hudson River Party on Row H versus the Dobbs Ferry Together Party on Row I, two sham parties created by different factions within the Democratic Committee. Perhaps the Republicans will turn out to be right in the end; given enough rope, the Dobbs Ferry Democrats can be counted upon to hang themselves, especially when personal ambition comes into play.