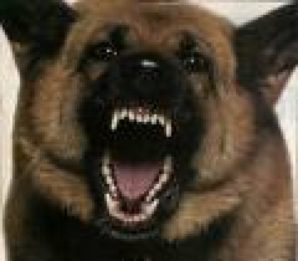 Just when you thought it was safe to move to New York City, now comes news of a “dog racism” outcry from folks who oppose a new list of banned breeds of dogs for the apartment building located at 170 West End Ave.

Indeed, while some dog owners are pouring over recommendations for the best toys for their canines based on breed, the residents of that NYC co-op are blistering over the fact that their building’s management is making them get a letter from their vets corroborating their dog’s pedigree.

If indeed their dog is discovered to contain one of the “banned breeds” of dogs — a long list of 27 breeds that surprisingly includes Malteses, Pomeranians, St. Bernards and German shepherds — then those dogs and their owners (presumably) would be subject to getting kicked out.

“[The breeds] are not permitted to reside in the building based upon documented information regarding their tendency towards aggressiveness.”

The letter sent shockwaves to Upper West Side residents about their dogs, reports the New York Post.

Especially curious was the New York apartment building’s policy to have dog owners get their dogs DNA tested to ensure they don’t contain any of the so-called dangerous breed’s blood. With talk of reassurances needed that their dogs not contain more than 50% of the banned breeds, the dog owners are crying doggie racism in 2015.

The building management likely didn’t expect their new dog policy to go viral and suffer the wrath of backlash from dog lovers online.

There’s no word on whether the proof and certification required from a registered vet will still be required now that the dog policy has spread on the web and vial social media. It is a luxury condo building, and New York residents are known to put up with crazy demands from condo boards in the past.

However, Ellen Natter, who lives at the controversial building now in question, says that of the 523 dogs living at the Lincoln Towers complex — a 40-year resident therein — reports that there has never been an accident involving a dog. As such, the condo board’s new dog policy is being called into question. The motivation behind the new policy is unknown.

As much much as dog owners tend to love their four-legged best friends, it’s no wonder this Upper West Side co-op board’s demands for doggie DNA tests are going viral, and gaining a good amount of backlash in the wake of the news breaking.

Filed under: Lifestyle, Pets
Share Tweet Pin G Plus Email
previous article: Tips on how to be successful from Bernard Arnault
next article: Loving An Alcoholic Can End In Disaster