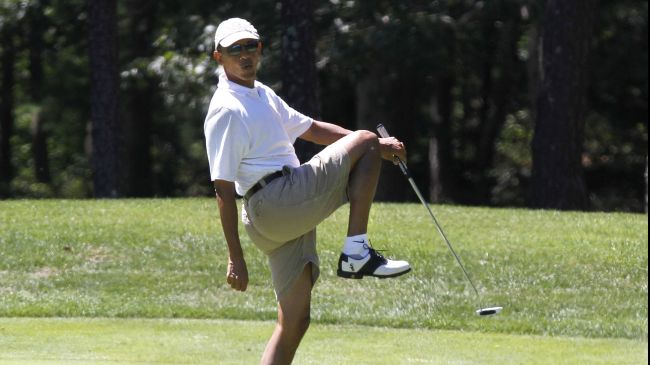 2016 saw a noticeable increase in President Obama’s popularity. Even people who had disagreed with many of his policies spent 2016 reminiscing about times when they were proud for President Obama to stand up for them as the leader of the free world and their commander-in-chief. If we consider Barack Obama as a personality, it’s quite interesting to think about what elements of his persona have become part of his “brand.” If someone were looking to develop a positive brand on social media or online, they could do worse than to model themselves after the country’s 44th President.

These are just five elements of the public persona which has made Barack Obama so popular.

From the White House correspondents’ dinner to alerting the country to the successful mission to neutralize Osama Bin Laden, Barack Obama has always seemed measured, cool, and calm in his speech. Even in the last weeks on the campaign trail for Hillary Clinton, when he was trying to calm down people who were angry at a protestor, Barack Obama never really lost his cool. Some people called him standoffish, while others thought of him as professorial, but he was always careful with his words.

This isn’t just about President Obama being handsome, although many people agree that he is. He also has access to great photographers, who can make almost anyone look good. But he also has an inner integrity that seems visible when he is photographed. He is often seen laughing, smiling, and joking around with both staff and other high ranking members of the government.

Whether you want to argue that his clowning is just for show, or that his photographer is quick to capture and distribute moments that match that brand, he comes off as honest and sincere in those moments.

One of the lessons life coaches often teach is that we are defined by the people we surround ourselves with. Michelle Obama, the First Lady, is unbelievable. She has seen significant criticism since President Obama was inaugurated, and has never responded publicly. Her catchphrase during the election season became “When they go low, we go high.”

Many photographs have been published, showing the loving, caring way that these two people still gaze at each other after many years together. It’s easy to imagine oneself in that partnership and feel the power of that much connection.

President Obama has never shied away from being casual, funny, or laid back. In his early years in the White House, staff noted a distinct decrease in formality. George W. Bush had always dressed in suits, fully buttoned, and never allowed anyone to be less formal around him. Barack Obama was often in his shirt sleeves, sometimes with the cuffs rolled up, and his tie only loosely tied.

That man also has a history of completely and totally losing his chill with children. For some Obama fans, the highlight of the year was watching his reactions to children while he and Michelle were giving out candy on Halloween.

When Barack and Michelle Obama entered the White House, they brought with them their two young daughters, Sasha and Malia. The nation has watched two young girls grow up into two beautiful young women, and often enjoyed their father’s perhaps deliberately bumbling attempts to be relatable to the youngest generation. He has talked about his favorite rappers, the family pets, and told bad Dad jokes while his daughters grimaced in the background.

In short, we love Barack Obama because he treats the office of President with a great deal of respect, but also seems ready to reach out to everyone, to laugh and smile and be available to the world around him. His wife and daughters look at him with the same quiet but irritated patience that many people show when their husband or father starts off on a tangent, and they’re just waiting for it to end, or to get a word in edgewise.

The way that President Obama has seemed utterly approachable and quiet during his more-private moments, while appearing strong and commanding in highly visible moments, is a key factor in his popularity. In fact, he frequently polled higher than both the leading candidates during the election season. He loves his wife and kids, and is willing to let that love shine through, while never seeming to use it as a manipulative tool.

On January 20, 2017, President Barack Obama’s last term in the Oval Office will come to a close. He has assured the American public that he will continue to be active, and they will continue to see him regularly. We can’t wait.

Filed under: News, Politics
Share Tweet Pin G Plus Email
previous article: Ed Roman Announces World Premiere Of “The Way She Goes” Music Video On Canadian Beats
next article: How to Get Pre-Approved for Your Home Loan