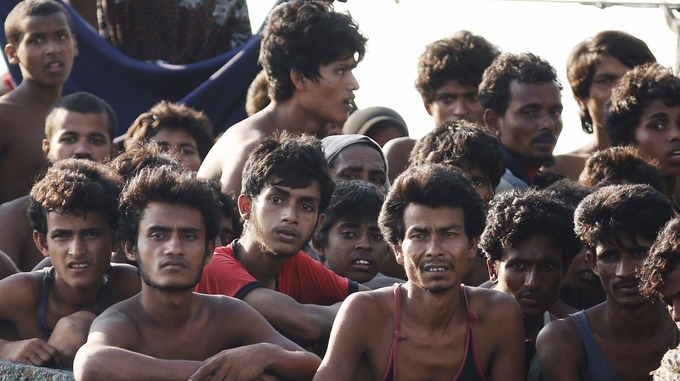 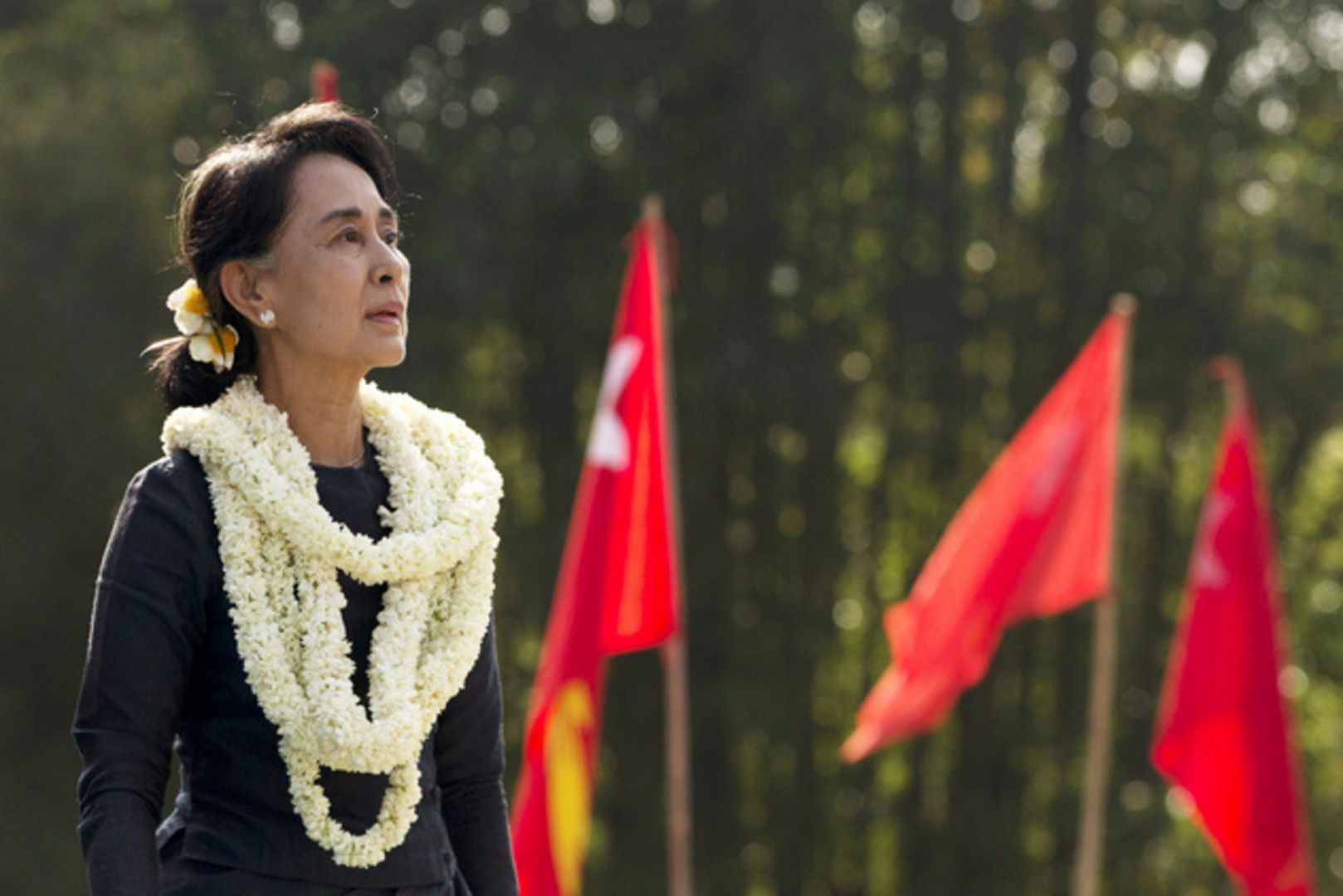 The Republic of the Union of Myanmar or Myanmar (historically known as Burma), is a unitary presidential constitutional republic under its 2008 constitution. Historically, Burma has been under the rule of many dynasties. Originally, Burma was colonised by British and it came under the British raj in 1937. Till then Burma was a British colony, and it was granted independence after the World War II. After gaining independence, Burma was governed by a democratically elected government, until taken over by military coup of 1962. Since then the military government or “junta” was in power until achieving a full democratic status in 2011.

Since establishing its first constitution in 1948, Burmese ethnic minorities were denied with basic constitutional rights, access to their property, and enrolment in any form within the government. Religious and ethnic conflicts left a deeper impact on today’s political crisis. The State Peace and Development Council, followed by Burmese military junta, displaced many citizens, in and outside of Burma. This forced displacement of people was a direct violation of their human rights.

The objective of writing this column is to understand how Aung San Suu Kyi will perform in this election and what agenda’s will be on her list. She has been under house arrest for more than 15 years hence her comeback into active politics is very important to understand as she has the power to change the destiny of Burmese nationals. Talking to a very close source of mine in Burma, Aung San Suu Kyi has the will for a political leadership, although one of the challenges she will be facing is “military junta” and their tactics to stop Suu Kyi. It is now to see how she will avert them.

Aung San Suu Kyi was born on June 19, 1945 in one of the most respectable and influential families of Burma.  Her father is considered as “Father of Modern Myanmar” and he was also the founder of Communist party of Myanmar, while her mother served as Ambassador to India. When she was just 2 years old, U Saw a rebel leader assassinated her father, who was protesting the concessions made to the British government amid the independence peace talks.  Despite this tragic incident, her mother Khin Kyi continued to serve as a Burmese diplomat, while Aung San Suu Kyi continued her studies in Oxford.

She married to a British citizen Michael Aris. They have two daughters. After hearing about her mother’s illness Suu Kyi and her family returned to Burma in 1988. While visiting Burma, Suu Kyi witnessed the atrocities committed by U Ne Win against innocent citizens who were which instigated Suu Kyi to speak against crimes committed by Burmese government.  Aung San Suu Kyi had now decided to free Burma from the military rule, thus beginning her widespread campaign for democracy. Shocked by this bold move the Junta placed her under house arrest in July 1989, under the condition that she will be prosecuted if she left her house. Suu Kyi refused to stay in her house which led to her arrest on many occasions. Finally her efforts were successful and Burma became democratic for the first time in many years.  In the early months of 1990, Suu Kyi got affiliated to National League for Democracy (NLD), and in 1991, she became the first Burmese women to win a Nobel Peace prize for her commitment to non violent actions. Right after the Peace Prize, the global media had now learnt about Burmese oppression and how a woman saved millions from military oppression. General Saw Maung was the leader of Burma at that time, he initiated a widespread campaign criticising her nationally.  Suu Kyi served numerous sentences and house arrests for next twenty years, and attained her freedom on November 13, 2010, just six days after parliamentary elections.

Under the leadership of Thein Sein, Aung San Suu Kyi worked for freedom and gender equality in Burma.  In April 2012, she won the parliamentary elections by a large majority and today she serves as the Leader of the Opposition for Burma’s House of Representatives.

The greatest issue that modern Burma faces today is the lack of infrastructure.  A census conducted by the local government, showed that only 12% of 17,523 miles of roads were paved. Since Burma is nation with harsh climatic conditions and long extending rainfall seasons, roads tend to damage due to mud and dirt in the forested regions. Throughout the year 1990, government issued all the road development projects but most of them remained unfinished due to harsh climatic conditions and dense forests.  In the late 1990’s the project of constructing the Old Myanmar Road which stretched from Mandalay to China failed extensively and resulted in many human casualties. Since then projects were implemented to change the railway system but nothing extensive has been done so far. The remote areas are only reachable through canals and rivers.  Beside transportation another issue that Burma faces is the inadequate equipment to generate electricity.  Although Burma does produce 34% of energy through hydroelectric projects, but most of the energy (64%) comes from fossil fuels.  Beside using an alternatives for fossil fuels, the government of Burma is unable to attract any private player in the market of energy. People witness short circuits and power failures quite frequently.  As a result most of the business relies on diesel run generators, thus heavily degrading manufacturing industry in Burma. Before Thein Sein election in 2011, the government was strict in regulating the internet access. Only government certified modems were provided to the civilians. Anyone possessing unauthorised modems would result in 15 years of prison sentence.

Besides infrastructure, Burma’s healthcare condition is depleting. The government is spending less than US $2 per capita. For past decades Burma has failed to provide clean drinking water to Burmese population. A UN water report stated that Burma had less than 60% civilians with access to clean drinking water in 1960s. Thus due to insufficient clean drinking water, Malaria and Tuberculosis are the two biggest diseases in Burma.

After the success of democratic elections in 2011, Burma made huge improvements in sectors of infrastructure, education, and healthcare, although many important issues remain addressed.  Though the central government understands the need for improved architecture, but they don’t have necessary funds to sanction; Burma’s GDP capita is meagre 868. As a result Burma opened its markets for foreign investment for the first time.  In the recent two years, the government has planned to upgrade the airport and build new ones to accommodate the recent ones with respect to increasing tourism, although few companies have showed interest, big players are nowhere to be found. Business Monitor International (BMI), a risk monitoring company stated, “there is scope for a breakdown in political stability within [Burma] and this poses a major downside risk to these airport projects,” and that “A failure to address the most pressing issues in the current Constitution … could destabilize [the] already challenging business environment.” This new airport which will cost around 1.1 Million USD will quadruple the air capacity if compared to Rangoon airport in Burma.  However the financial status of Burma is not yet active to make such a move, as current deficits and meagre in front of this investment, hence they are now forced to rely heavily on foreign investment and foreign infrastructure.  Besides financial instability, political instability is another issue that keeps investors at bay; many investors do not wish to invest their capita in Burma as it takes a lot of time to get financial clearance.  Addition to this the Public Private Partnerships (PPP) is very important to fulfil the basic requirements of electricity, transport and housing.

When we talk about health care, Burma lags way behind than other nations.  In 2012, Burma was ranked 120th out of 120 nations by the WHO in the category for “overall health system performance.”  Surprisingly, in 2011 the Minister of Health Yaw Myint opposed a congressional bill to increase medical spending for the poor, calling it “unnecessary”.  In 2013, Burma spent a meagre of 2.1% on health industry where as 20% were spent on its military and combat trainings. However 2013, the government decreased funds for Weaponry and ammunitions and relocated it to medical sectors.  One major priority for Burma is the inadequate doctors in medical institutions. As a matter of fact there very few hospitals and medical research institutions, hence increasing medical staff would be a challenge.  Burma desperately needs the technology and research of the first world to properly aid its people.

The UNESCO reports of “Nations in Asia of 2001” stated that Burma spent meagre 1.3% of the entire budget on education, skill development and research, a policy that has continued for many years.  According to a UNICEF report, only 70% of the children in Burma have access to primary education, while 50% of children do not attend secondary schools. These low numbers are due to inadequate teachers, teaching skills and conflict in the Thailand border which prevents people from entering in the entire zone. Inadequate access of information in the rural areas is also an issue.

Currently many international aid organizations are promoting education while providing a structured curriculum for students.  Because of inadequate schools, many are forced to study in refugee camps across the Thailand border which leads to overcrowding of refugee camps.

Talking to one of the closes advisers of Aung San Suu Kyi, “the issues in Burma are more pressing than any other; hence Suu Kyi wants growth in all the aspects”. “She wants to focus on Burma’s budding tourism industry will increase government revenue”, he said, but will leave the population of Burma without necessary healthcare, he added. Indeed funding tourism industry without proper infrastructural support will damage the economy.

If we focus on education and infrastructural facilities, the health care and technology advancements will be left out and demand for industries will give preference, which means more expenses, which the government of Burma does not have.  Failure to resolve these issues will leave educational sector crippled which might lead to a generation of Burmese people uneducated.

Suu Kyi faces more than just a challenge; it’s the lives of entire generation which is at stake. Hence her policies will be the first look for.