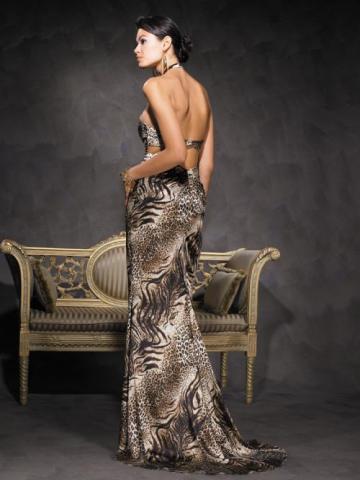 This review has nothing to do with my main interests,I just wanted to share with you some of my experiences regarding the impressive golden world of  those that we remotely admire, throw those that have a special power over our thoughts and our looks also, although they remain  intangible for us..I will write as a psychologist and a "participant" in this "land of promises."

I have imagined their lifestyle as being extraordinary, totally different from what we know, or what we think about.And I am not talking about those rich kids, nor about the owners of local companies nor  those who drive an expensive car and a luxurious house.I am referring at those very reach people, those who are managing whole empires and are covering the attention around them simply by their presence or their name.You know what?It is worthless to waiste even a second f your time to think  about it.

They are  really different indeed, but not in the sense that we tend to believe.They have huge houses, paintings that covers completely the walls, furniture and objects of an unimaginable value.In society,they are using phrases skilfully, claiming to be ‘precious’ and experts in everything on this world, indicating by some royal gestures: ‘I try to appear as  human, but it is useless.Everyone knows who am I’.  We do not dare to look at them, they brush our attention and we would like even for a minute to enter by mistake to their world. Well,it is unworthless! In their private lives,in family,at home, in privacy,they are just some morons who believe they are ‘gold-plated’ with a glittering intelligence and with the native rights of a god.

Most of them are psyhopats.They want to feel that they are dominating,that ‘s the source of their power.It is also the reason for the fact that they are walking everywhere in the company of some very young womans.Did I said ‘womans’? That is to much:they mainly prefer little girls,14-16 years old girls. One of them has said to me:"It is a rule.At my age (44 years old), a man must be beside a woman who has less than half of his age." Rule? Hm …

The womans next to them are weak (fragile). And don’t even think about that anorexia is some secret of sexuality and sex-appeal,the answer ia much more simple than that. They are trying to have a permanent ward, a lovely girl (not neccesary beautiful), a sweet girl with a lack of  personality, without previous experiences about life ,relationships and principles,a child that could be modelled, throw whom they could mirror  their own values (so-called ‘values’),a doll-in a few words.

Another told me-‘What could I do with a woman with the same age as mine? (54 years old) .One that has more than 25 will no longer believe or be impressed by my words,this kind of woman has already his own ideas.’

This is the origin of their power.As more they are getting old,they feel that they are losing the force they have had, simply because they don t have anymore the physical capacitys in the past, whether due to those  that  benefit of youth and ideas,the new generations-all those facts are making them feel the neccesity to prove themselves that they are still able to handle and hold the control.

I was speaking about the weakness of the womans next to them: they need that the model of the ‘child-woman’ be perfect: an androgynous appearance, a tender face of a child, and, I’m repeating myself, the most important is the lack of experience.

Generouses? No, not at all.If they would do would do it,the person next to them would be out of line in time, or would gain the experience gived by the power of money.

The fact that they are next to a young woman makes them feel vigorous,helps them to feel youngers.Fuck you all,-that’s all I can say.First,they feel flattered: ‘I have never thought that such a young and beautiful girl as you are will honor me by her company and her presence ‘-said another.

You, on the other hand, you are also feeling flattered to hear such words from a man of his rank.He is fascinating you and he seems in the same time to inspire you fear, force,as you never thought it is possible.

For a period of time,it is all going well.Or not. You can find (and it happens often),that, in bed they are acting as some psychos.

To one of them, as an example,you were forced to say that that you love him, that you are afraid of him, that was the only thing that was exciting him,that was making him feel stronger.

Another, until he was choking his partner or placing a bag over her face -breath-play ,as he wanted to see her shackled, addicted  of his power- without those things,he wasn’t able to get off the "issue" of his frustration .

And there weren’t few those who killed their partner in this kind of games.The fear of the others is the mirror of their own man-power.

Of course,these facts are rarely disclosed to the society.These mans are holding empires in their hands , thousands of people are depending of them,nobody would  risk to loose an entire industry for something so little as a love crime.However,the money involved are too much and of too  many.

Despite all these, is not pleasant at all to hear, in an obscure scene of opera,on the rhytms of classical music, with drugs in the glass of drink at 24p.m ,a phrase as the following: "Be careful-this is the first day of your life" -it is almost impossible to escape at least with a good mental-health. They are considering themselves gods, having the right to pronounce about somebody’s life or death.From here starts their reputation, their name and their demnity.Especially,their proud.

In the second case,if you are lucky and the things are fine from the beginning, you should know that ,someday, sooner or later, whether you become a simple slave, an object, a propriety.

This kind of peoples don’t know what love is,they don’t know how to do it.The fortunes they have  were not acquired through mercy or humanity.They need a "toy", a weak human being whom they could shackle in the strings of their exerted fascination, and,in the end,they want to easily disavow of it.Or to maintain it further ,while absorbing the last piece of soul and will of it.

Our weakness is their strength.Without the glory that we are granting to them, they would be nothing.

Filed under: Lifestyle, World
Share Tweet Pin G Plus Email
previous article: The Most Beautiful Retro Christmas Cards
next article: A Good way for getting crayon off the wall