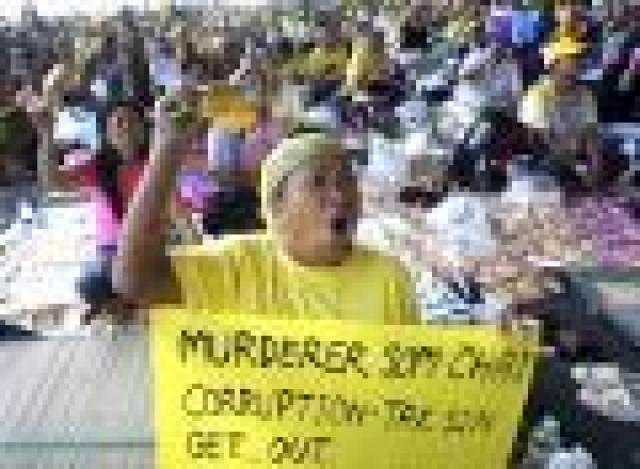 Good and bad news for the people in Gaza. The good news is that Israel has declared a unilateral ceasefire effective immediately. The bad news is that Hamas has remained defiant and announced that they will continue their attacks if Israel troops will remain in Gaza during the ceasefire.

Hamas has also announced that fighting will continue if their other demands are not addressed. Aside from complete troops withdrawal, Hamas is also demanding that Israel lifts the blockade and to open all crossings.

Hamas spokesman Fawzi Barhoum in Gaza said a unilateral ceasefire was not enough to end the Hamas resistance-echoing the stance taken earlier by Hamas leaders in exile, Yahoo news reported

The occupier must halt his fire immediately and withdraw from our land and lift its blockade and open all crossings and we will not accept anyone Zionist soldier in our land, regardless of the price that it costs’ Barhoum said

In an apparent response to Hamas’ insistence that Israel immediate withdraws its forces from Gaza, Israel’s Elmer said. ‘If Hamas hold fire, the military will weigh pulling out of Gaza at a time that befits us, if not Israel will continue to act to defend our residents’

Israel’s Foreign Minister said earlier that the ‘campaign is not a one time event. The test will be the day after. That is the test deterrence’.

Israel announced earlier that cessation of hostilities will stop at 2 a.m. local time.

More than 1000 people have died in Gaza during the three weeks old war while thousands of civilian including many children were injured. Damage to property was enormous.

Israel reported that 13 people have died in Israel so far.

Israel’s key demand aside from the stoppage of attacks on Israel territory is for Hamas to stop smuggling of rockets and other explosives into Gaza using entry points from Egypt.

In the meantime, attacks on both side continues while the world waits for Israel to start implementing its unilateral ceasefire announcement.