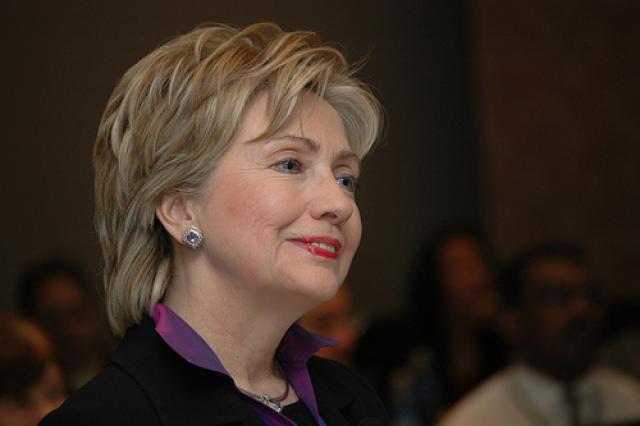 Big news today has been a rumor that Senator and former First Lady Hillary Clinton may be being considered for Secretary of State in Barack Obama’s Adminisration.

This rumor joins others, possibly leaked by the Obama Transition Team, of many names under consideration, including Massachusetts Senator John Kerry and New Mexico Governor Bill Richardson.

Senator Clinton flew to Chicago yesterday, ostensibly on "other personal business" but did meet with President-Elect Obama during her stay.  Ms. Clinton declines to comment on the rumor, stating:  "I want to be a good partner and I want to do everything I can to make sure his agenda is going to be successful."  Senator Clinton has also referred further inquiries to the Obama Transition Team.

Speculation on Obama’s reason for considering Senator Clinton for the post has pointed out that a Cabinet post would take Clinton out of contention with the new administration on domestic issues and a prominent and powerful position such as this could do a lot so smooth over any remaining resentment over the primary fights of the spring.  Clinton has previously denied a desire to serve on the Supreme Court or as Senate Majority Leader.

UPDATE:  Nico Pitney of The Huffington Post website is now reporting that President-Elect Barack Obama offered Senator Clinton the post of Secretary of State at their meeting in Chicago yesterday.  Senator Clinton is reported to be considering his offer.