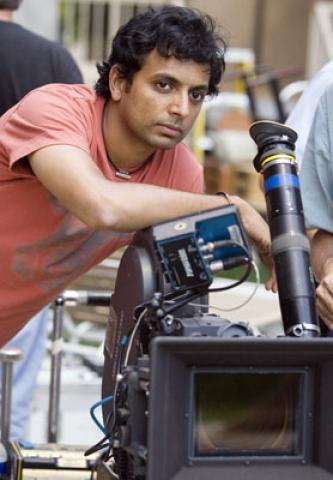 Manoj Night Shyamalan has been one of the few filmmakers of Indian origin who have made their mark in Hollywood and his work has been acknowledged by India, which has honoured him with the Padma Shri.

"It was great! It made me feel re-connected with my roots. It made me feel India understood the relevance of a journey that was so meaningful to me," Shyamalan told IANS in an interview.

The man behind global hits like "The Sixth Sense" and "Signs", however, feels that India is obsessed with his box-office performance.

"You can’t judge my career by the box-office alone. It feels like everyone is five years behind. When I go to Europe they talk mainly about my (newer films) ‘Unbreakable’ and ‘The Village’," said the filmmaker who was nominated for the Oscars in 1999.

Shyamalan also disagrees with the criticism that he is a ‘one pony trick’ man as all his movies have a supernatural twist.

"I never had an agenda. All my movies are conversations about faith. The supernatural element just happened. I think my life illustrates a shift in culture where I may be American. But at heart I remain very Indian."

When told that "The Sixth Sense" remains a most ripped-off film, he said, "At the end of the day we’re all borrowing from one another. I was ripping off Steven Spielberg anyway. I even told Steven that."

Filed under: Opinion, World
Share Tweet Pin G Plus Email
previous article: Who will win the battle: Hrithik or Salman
next article: Katrina Kaif in love with Egypt!