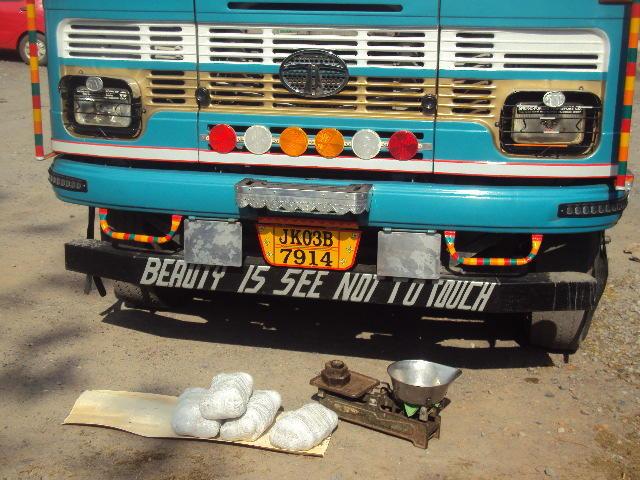 Police arrested a truck driver involved in carrying narcotic
substance (Charas) in his truck bearing registration JK03/7914 near, Chakori
Nallah   under the jurisdiction of Police
Station Banihal of district Ramban in Jammu and Kashmir. Smuggler has been
identified as Abid Gul s/o Gul Mohd of Bijbehara Anantnag. During checking of vehicle
10 (ten) kilogram and 700 grams of Charas which was concealed in a plastic bag
was recovered. Accused was booked under NDPS Act and case has been registered
at Police Station Banihal. He was being quizzed to ascertain his links with narcotics
smugglers and source of obtaining narcotic substance, police claimed.