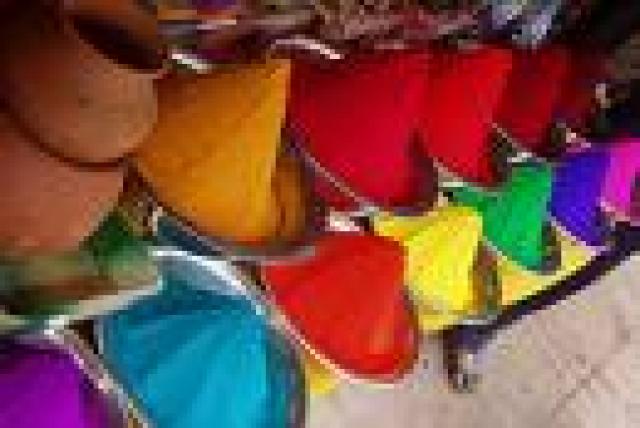 Despite the fact that India has become more and more vulnerable to financial problems and economic slowdowns in other countries, the congress-led government is claiming that it has shielded the subcontinent from a looming recession.

That argument is a bit far fetched, although a tad bit of credit has to go to Indian leaders – both political and business – for saving India from a bleak financial scenario. It is true that the stock market took a hit, and so did many brokers. However, most other sectors have managed to hang on until the worst was over. At any rate, the global recession is not over by any means – until the ‘fat lady sings,’ so to speak, meaning it may take a while longer for the economic downturn to bottom out globally. And when major economies like the U.S. and China are affected, India is not immune to the side effects of an ongoing recession – this is particularly true in light of the fact that India has struck a nuke deal with the U.S. and there is also trade between China and India to consider. What has the Congress coalition done to shield India from a worst-case scenario-recession? The answer – government increased the overseas investment cap to $15 billion from a mere $6 billion in order to strengthen corporate bond markets in India. Moreover, India has slashed benchmark rates for the fourth time as of October; it has also launched an additional stimulus package to offset the impact of the global recession on what is now the third biggest economy in Asia. But, India’s economy still has a long way to go since there are several challenges ahead for the newly elected, Congress-run coalition.

Another point that needs to be brought regarding the government’s claim of protecting the country from a looming recession is that the global recession has slashed the Indian economic growth by a whopping 50%, not to mention a soaring budget deficit that is likely to halt India’s recovery when the global recession comes to an end. In the period 2005 – 2007, growth of the Indian economy tagged at a blistering 9%, while economic growth declined to 6% for the year ending in March. According to a statement made in Mumbai, the Reserve Bank of India has decreased the repurchase rate by a percent to 5.5 percent, while the reverse-repurchase rate was decreased to 4 percent. In addition, the government has increased the amount investors from abroad can hold in local bonds, while extending cash to national banks as well. Among other progressive policies highlighted by the government in terms of protectionist measures include state initiatives to come up with a funding package of $6.18 billion or 300 billion rupees – this fund will be used for infrastructure, i.e. schools, roads, and hospitals. However, not all is gloom. The fact that Congress is the leading party in the coalition offers some kind of continuity in the political system, which brings about a good climate for business. More investors are expected to ‘set up shop’ in India, when the political system is stable. Arjun Divecha, of GMO Emerging Markets Fund said in a statement, “There’s going to be consistent policymaking, that’s a huge positive,” adding that “now the government will be able to actually implement some of the policies that they were not able to, because of coalition partners, like the communists,” the freelibarary.com reported.

Meanwhile, former Union Home Minister, P. Chindambaram said, “We have to take counter-measures and sometimes corrective measures to ensure high domestic demand. While the government is taking fiscal measures, the RBI is taking monetary measures.” This seems to have been the strategy for the Congress-led government to rescue the dwindling Indian economy. K. Ramanathan, of ING Investment Management in Mumbai, was quoted as saying, “The policy response to the unfolding economic slowdown is quite satisfying,” Bloomberg News reported. On the other hand, the government by itself may have little to do with warding of recession. Many analysts say that India is groomed for success in the global area, despite its weaknesses, largely because of an intrinsic entrepreneurial culture. Some of the advantages for India in the global market are that it has little exposure to exports – just 20% of India’s GDP deals with exports. The decline of the rupee has also had a major impact on international business, particularly for companies like Infosys that handles outsourced work. The reason for the dollar declines is spurred by withdrawal of foreign capital as a side effect of the economic crisis. “The fundamentals of our economy continue to be strong,” a statement by the Reserve Bank revealed, adding, “once the crisis is behind us, and calm and confidence are restored in the global markets, economic activity in India would recover sharply. But a period of painful adjustment is inevitable.”