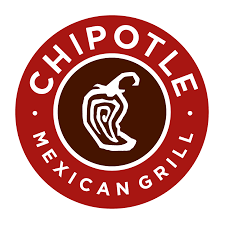 An investigation on behalf of current long-term investors in NYSE:CMG shares was announced concerning potential breaches of fiduciary duties by certain directors of Chipotle Mexican Grill.

Investors who are current long term investors in Chipotle Mexican Grill, Inc. (NYSE:CMG) shares, have certain options and should contact the Shareholders Foundation at mail@shareholdersfoundation.com or call +1(858) 779 – 1554.

Between August 19 and September 3, 2015, more than 60 people fell ill after dining at Chipotle Mexican Grill, Inc. restaurants in Minnesota. On September 17, 2015, the Minnesota Department of Health announced that the illnesses were salmonella linked to tomatoes consumed at 22 Chipotle Mexican Grill, Inc. locations. The affected restaurants changed tomato suppliers but did not close.

On or around November 1, 2015, Chipotle Mexican Grill, Inc. closed all of its restaurants in Portland, Oregon and Seattle, Washington, following reports of approximately 20 cases of E. coli by Chipotle patrons.

On November 20, 2015, the Centers for Disease Control and Prevention (“CDC”) announced that the E. Coli outbreak in Oregon and Washington previously linked to Chipotle had spread to a total of six states.

On December 7, 2015, post-market, Boston College announced that several of its students had complained of gastrointestinal symptoms after eating at a Chipotle restaurant in Brighton, Massachusetts. On December 9, 2015, health officials confirmed that the students had contracted norovirus.

On January 6, 2016, Chipotle Mexican Grill, Inc. announced that it was served in December 2015 with a federal grand jury subpoena as part of a criminal investigation tied to a norovirus outbreak the previous summer at one of its restaurants in California. The investigation is being conducted by the U.S. Attorney’s Office for the Central District ofCalifornia in conjunction with the Food and Drug Administration (“FDA”).

Those who purchased NYSE:CMG shares have certain options and should contact the Shareholders Foundation.