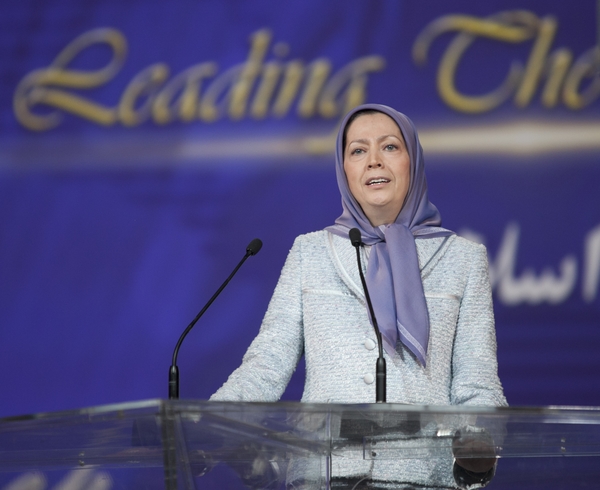 On Sunday a major interview with the President-elect of the Iranian Resistance Maryam Rajavi was printed in the pan-Arabic daily Asharq Al-Aswat. Translated in part from Arabic to English, Iran’s exiled main opposition leader points to Tehran’s strategy of destabilization, saying it ‘is based on interference in the internal affairs of other countries.’

The regime continued its strategic interference the same day by refusing to attend the DOHA oil meeting of OPEC countries to discuss a possible ‘freeze of production to counter low global prices.’ The event, covered by the Associated Press, reiterates on the rhetorical standpoint of the Iranian Oil Ministry who stated about its crude oil production that ‘it [will] not join a [production] freeze “before it brings its oil exports to pre-sanctions levels”.’

By backing out of the petroleum talks, where other OPEC countries were willing participants, this amounts to interference. And as Ms.Rajavi says the clerical regime is ‘skilled in the art of deception’, referring to the UN Security Council nuclear agreement. In return for international sanction’s relief for committing to limit nuclear enrichment, the regime continues to rescind its responsibility by claiming “our partners have not honored their obligations.”

Two days before pulling-out of Sunday’s Doha meeting, the Iran Oil Gas Network site reported that Iran’s Bank Governor had said that ‘the lifting of nuclear-related sanctions has done “almost nothing” to reintegrate Iran in the global financial system.’

These calls for legitimate recognition by the regime are not shared by the main Iranian opposition leader Ms. Rajavi. Concluding in Sunday’s interview in the daily newspaper Asharq Al-Aswat the President-elect said ‘the Iranian regime is founded on three main pillars: obtaining a nuclear bomb, absolute domestic suppression and export of terrorism and extremism abroad.’

On the nuclear issue the regime [is aware it] has only ‘“temporarily” lost its ability to manufacture a nuclear arsenal.’ Continuing its interference in the region, Ms. Rajavi said that ‘the regime had sent 60,000 Islamic Revolutionary Guards Corps (IRGC) soldiers and affiliated militias to fight in Syria’. In the meantime the regime is not offering work-around but instead creating noisy interventions; a technique for buying itself time.