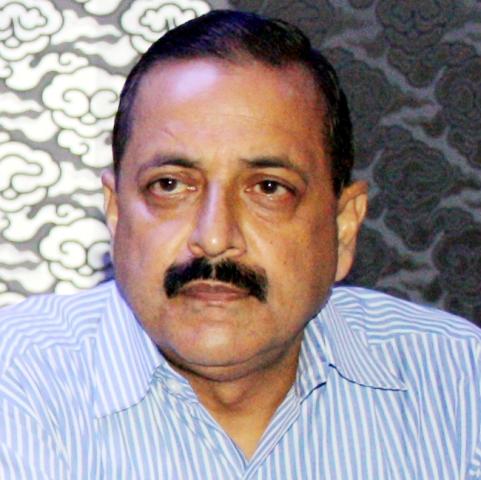 Jammu, October 11 (Scoop News)- Taking serious exception to the reported remark by Minister for Law & Rural Development  Ali Mohd. Sagar that Jammu and Kashmir is a dispute between India and Pakistan, BJP State Chief Spokesperson & party’s National Executive Member Dr. Jitendra Singh has described it as a blatant violation of the oath of office and Constitution under which a minister in the government is sworn in and is supposed to function. If any minister in the government genuinely holds a view contrary to the constitution of the sate and the country, then the propriety demands that the minister must first resign before airing such views, said Dr. Jitendra Singh and regretted that during the last few years it has been witnessed that from time to time, in a bid to appease the separatist sentiment, state coalition ministers feel no hesitation in issuing irresponsible statements against the sovereignty of the state while simultaneously  continuing to enjoy the loaves and fishes of office. To reiterate the point, he also referred to the chief minister’s "accession not merger"  statement last year.
Citing evidence and references, Dr. Jitendra Singh reminded  Ali Mohd. Sagar and other leaders of the National Conference that none other than the National Conference founder Sheikh Mohd. Abdullah had himself accepted the finality of J&K accession to India on more than one occasion. He said in 1951, Sheikh Abdullah as Prime Minister of J&K, proposed the convening of J&K Constituent Assembly and the J&K Constitution which came into force on 26 January, 1957, clearly states in Part II section (3) that "the state of Jammu and Kashmir is and shall be an integral part of the Union of India". Further, this section cannot be legally amended as per provisions of Part XII of J&K Constitution, informed Dr. Jitendra Singh and added that as per section 4 of J&K Constitution, territory of J&K stands as it was on August 15, 1947 which includes PoK.
Dr. Jitendra Singh accused the Kashmir-centric parties of political opportunism and pointed out that in 1954, J&K Assembly had with its 75 members of NC ratified the accession of J&K to India and in 1975 when Indira Gandhi re-installed Sheikh Abdullah as Chief Minister of the state, the latter meekly accepted the sovereignty of Indian Republic without uttering a word about autonomy etc. and through D.D Thakur committee endorsed all the provisions of Indian Constitution extended to J&K.
Sounding a note of caution, Dr. Jitendra Singh warned against competitive politics of separatist appeasement practised by so-called mainstream parties and said this has led to serious repercussions in the  past including the 2008 agitation over Amarnath land row.