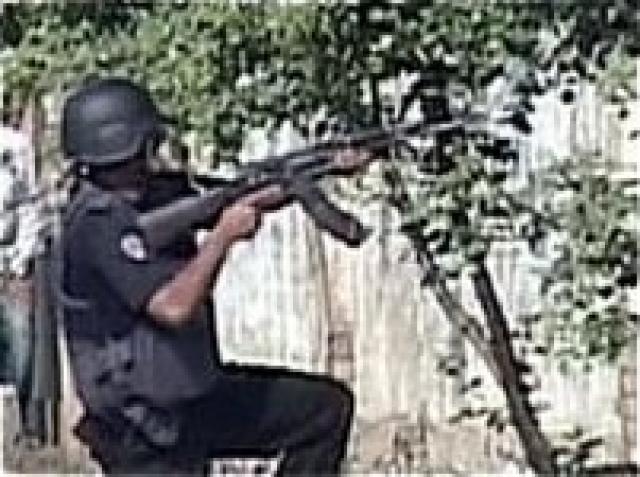 The Police Academy located in Mananwa was attacked by unknown terrorists and opened fire that killed 8 Police recruits and injured 28.

The terrorists have taken some 150 recruits as hostages inside the building and they hurled the hand grenades at the building.

The security forces have confirmed the apprehension of three terrorists from the building of the police training centre.

Two terrorists blew themselves up in the attack inside one of the rooms of the building, according to sources.

I can see the footages of the aerial firing by the Pakistan security forces that have taken the control of the building and arrested the terrorists.

Four terrorists have been arrested and one of them is an Afghan national, named as Hijrat Khan.

An Afghan passport and hand grenades were recovered from the Afghan terrorists.

The operation continued for eight hours and is completed now, according to sources.

Rehman Malik, the adviser to interior, appeared on the media and applauded the efforts of the security forces that overcame the terrorists and regained the control of the Police academy.

Pakistan is the victim of terrorism and if any neighboring country is found involved in toady’s incident, we will take concrete actions against it, he also added.