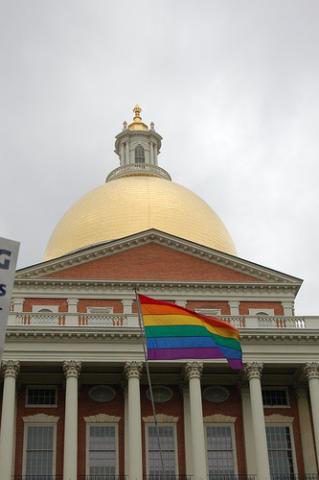 Posted by Rachel Balik to findingDulcinea

Although the law was essentially ignored for years, Gov. Mitt Romney resurfaced it after Massachusetts legalized gay marriage in 2003. A few couples were able to marry in Massachusetts before anyone took notice, but the couples that were prevented took their case to the state Supreme Court. In 2006, the court ruled to uphold the law. Mark Pearsall, a gay man from Connecticut who wed in Massachusetts found the legitimacy of his marriage uncertain: “It seems to me that it’s a statement that’s not really based around any sense of humanity, but really on a sense of politics, which is really not a fair way to treat people.”

In Connecticut, all that he had was a civil union. Now, his marriage is a Massachussets House vote away from being official. It is a decision he eagerly awaits. “When we got married it was really a powerful thing for both of us and for our families,” he said. “The civil union, by comparison, it was nothing. It was just a legal document.”