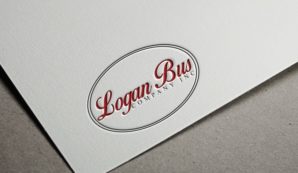 A study by the American Public Transportation Association has brought to light the apathy most people have for mass transit in the U.S. While 74% say they support the system, only 5% actually use it. However, Mike Tornabe, the outspoken investor In New York’s transport industry, says leveraging technology can easily change this. With two thirds of Americans using smartphones, the investment guru argues the only challenge now is to identify areas in mass transit that can actually benefit from such innovation.

Speaking at an industry conference in Long Island, the renowned innovator was pointblank about the place of transit-related technology from apps to Wi-Fi services in public transport.

“Today, we are living in the age of information but clearly those who control the transit industry have not woken up to this fact. The modern commuter wants all information about their commute right here on their hands and if it is not available, then they will pick the nearest cab,” the CEO stated.

“Research already shows that more people are getting around using technology and this is one reason we need to have service connection even in underground metro systems,” Tornabe added. “Think of automated fare system which improves a rider’s experience greatly or a payment card that you can use throughout a city’s mass transit? Isn’t this what everybody is looking for?” Mike Tornabe asked.

The use of transit technology is extending beyond getting around, helping bus services get real-time information. Reporting apps on smartphones can greatly enhance the experience of passengers by enabling faster resolution. The idea according to Michael Tornabe is about enhancing efficiency and allowing everyone to stay on the move. Drivers can also use apps to know what is up ahead in order to use the most convenient routes.

About Mike Tornabe & Logan Bus Company:
Mike Tornabe is not only a big name in transport innovation circles but his leadership of Logan Bus Co & Affiliates has also won him accolades in the industry. The company started with just 700 contracted school bus routes but it currently boasts 2,000 such routes. He has also patented some ingenious innovations including a creative beverage container.

Michael Tornabe is also highly notable in charity work by supporting needy causes in the city including NYPD, NY State Troopers and Wounded Warriors among others. He is also an avid motoring enthusiast and spends time working on high American-made muscle cars. Learn more at http://www.loganbuscompany.com

Filed under: News, US
Share Tweet Pin G Plus Email
previous article: Zephyr Securities Appoints Singaporean Management and Announces the Opening of Future New Office
next article: Czech It Out